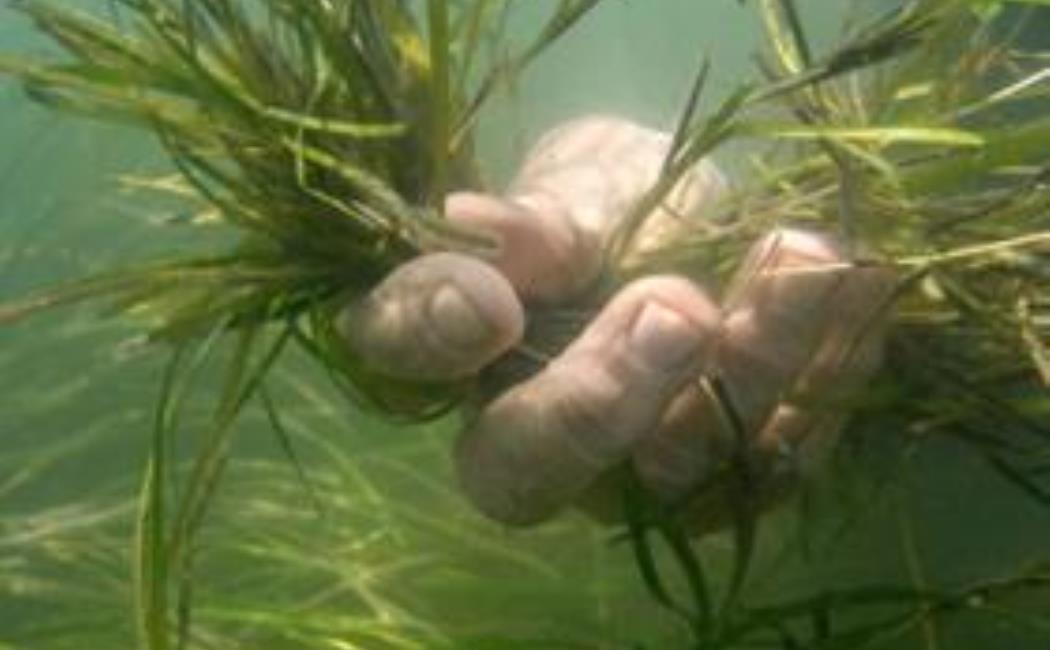 In the world’s largest seagrass restoration project, scientists have observed an ecosystem from birth to full flowering.

As part of a 20-plus-years project, researchers and volunteers spread more than 70 million eelgrass seeds over plots covering more than 200 hectares, just beyond the wide expanses of salt marsh off the southern end of Virginia’s Eastern Shore. Long-term monitoring of the restored seagrass beds reveals a remarkably hardy ecosystem that is trapping carbon and nitrogen that would otherwise contribute to global warming and pollution, the team reports October 7 in Science Advances. That success provides a glimmer of hope for the climate and for ecosystems, the researchers say.

The project, led by the Virginia Institute of Marine Science and The Nature Conservancy, has now grown to cover 3,612 hectares — and counting — in new seagrass beds. By comparison, the largest such project in Australia aims to restore 10 hectares of seagrass.

The results are “a game changer,” says Carlos Duarte. “It’s an exemplar of how nature-based solutions can help mitigate climate change,” he says. The marine ecologist at King Abdullah University of Science and Technology in Thuwal, Saudi Arabia is a leader in recognizing the carbon-storing capacity of mangroves, tidal marshes and seagrasses.

The team in Virginia started with a blank slate, says Robert Orth, a marine biologist at the Virginia Institute of Marine Science in Gloucester Point. The seagrass in these inshore lagoons had been wiped out by disease and a hurricane in the early 1930s, but the water was still clear enough to transmit the sunlight plants require.

Within the first 10 years of restoration, Orth and colleagues witnessed an ecosystem rebounding rapidly across almost every indicator of ecosystem health — seagrass coverage, water quality, carbon and nitrogen storage, and invertebrate and fish biomass (SN: 2/16/17).

For instance, the team monitored how much carbon and nitrogen the meadows were capturing from the environment and storing in the sediment as seagrass coverage expanded. It found that meadows in place for nine or more years stored, on average, 1.3 times more carbon and 2.2 times more nitrogen than younger plots, suggesting that storage capacity increases as meadows mature. Within 20 years, the restored plots were accumulating carbon and nitrogen at rates similar to what natural, undisturbed seagrass beds in the same location would have stored. The restored seagrass beds are now sequestering on average about 3,000 metric tons of carbon per year and more than 600 metric tons of nitrogen, the researchers report.

Seagrasses can take a hit. When a sudden marine heat wave killed off a portion of the seagrass, it took just three years for the meadow to fully recover its plant density. “It surprised us how resilient these seagrass meadows were,” says Karen McGlathery, a coastal ecologist at the University of Virginia in Charlottesville.

She believes the team’s work is more than just a great case study in restoration. It “offers a blueprint for restoring and maintaining healthy seagrass ecosystems” that others can adapt elsewhere in the world, she says.

Seagrasses are among the world’s most valuable and most threatened ecosystems, and are important globally as reservoirs of what’s known as blue carbon, the carbon stored in ocean and coastal ecosystems. Seagrasses store more carbon, for far longer, than any other land or ocean habitat, preventing it from escaping to the atmosphere as heat-trapping carbon dioxide. These underwater prairies also support near-shore and offshore fisheries, and protect coastlines as well as other marine habitats. Despite their importance, seagrasses have declined globally by some 30 percent since 1879, according to an Aug. 14 study in Frontiers in Marine Science.

“The study helps fill some large gaps in our understanding of how blue carbon can contribute to climate restoration,” says McGlathery. “It’s the first to put a number on how much carbon restored meadows take out of the atmosphere and store,” for decades and potentially for centuries.

The restoration is far from finished. But already, it may point the way for struggling ecosystems such as Florida’s Biscayne Bay, once rich in seagrass but now suffering from water quality degradation and widespread fish kills.  Once the water is cleaned up, says Orth, “our work suggests that seagrasses can recover rapidly” (SN: 3/5/18).

McGlathery also believes the scale of the team’s success should be uplifting for coastal communities. “In my first years here, there was no seagrass and there hadn’t been for decades. Today, as far as I can swim, I see lush meadows, rays, the occasional seahorse. It’s beautiful.”