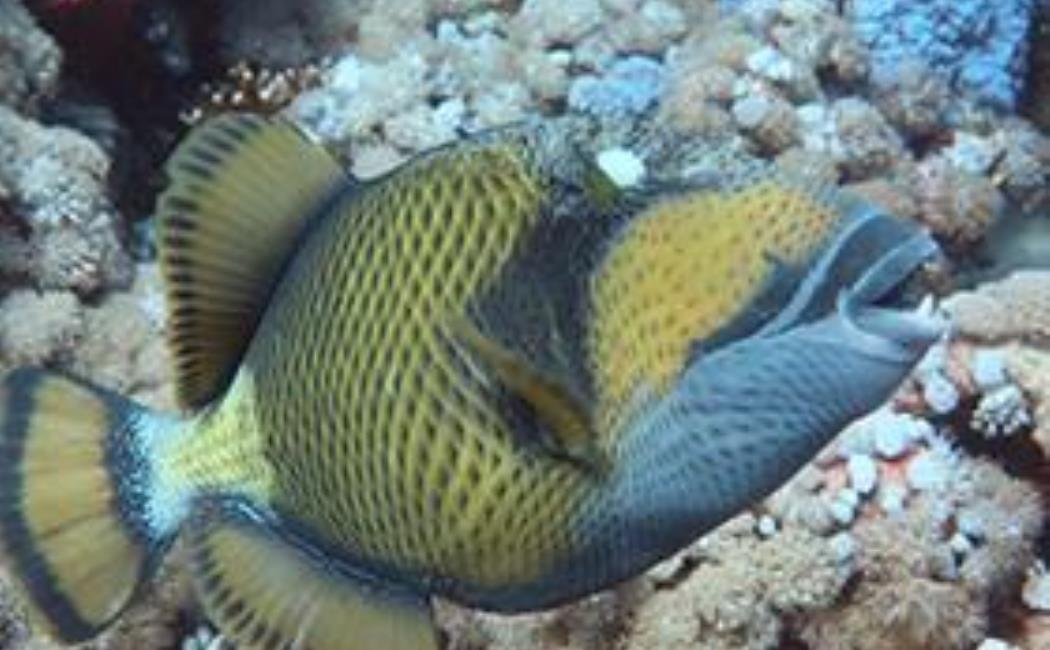 In probably the first observation of its kind, a tricky triggerfish is seen beaching itself before attacking a crab walking along the shoreline.

KAUST marine scientists observe a triggerfish partially beaching itself to capture a Red Sea ghost crab along the shoreline. © 2020 KAUST

Any Red Sea diver will have encountered colorful triggerfish along coral reefs, and some divers will have experienced the painful bite of their huge teeth if they get too close to their nesting grounds. Now, Ph.D. student Matthew Tietbohl and colleagues at KAUST report a peculiar feeding strategy by a titan triggerfish that highlights their innate ability to learn and adapt.

A Red Sea ghost crab sits on the shoreline of the Red Sea.

Tietbohl and his colleagues were on Mar Mar island    in the south central Red Sea looking for signs of turtle nesting when they saw a titan triggerfish come up on to the shoreline and attack, and eventually grab, a Red Sea ghost crab. Most interesting was that the triggerfish partially beached itself in shallow water for the first attack, a hunting behavior that has not been previously reported in any fish belonging to the order Tetraodontiformes, which comprises 350 coral reef species, including triggerfish. Several subsequent attacks ensued in very shallow water, without beaching, with the fish slowly approaching the crab and then rushing at it horizontally. The fish finally grabbed the crab in several centimeters of water and dragged it into deeper water, where it was eaten.

“Triggerfish seem to be particularly adept at taking advantage of a wide variety of prey,” says Tietbohl. “They will jet water from their mouths to uncover invertebrate food buried in the sand, and flip rocks and break coral to get at prey. Given this diverse range of feeding behaviors, it is not too surprising that they have found a way to take advantage of semiterrestrial prey too.”

Photo and illustration series depicts the hunt and capture by a triggerfish of a Red Sea ghost crab.

Tietbohl believes that their discovery highlights the importance of observational studies as a means for investigating marine life. He and his colleagues suggest that triggerfish could serve as model systems for studying learning and cognition in coral reef fish.