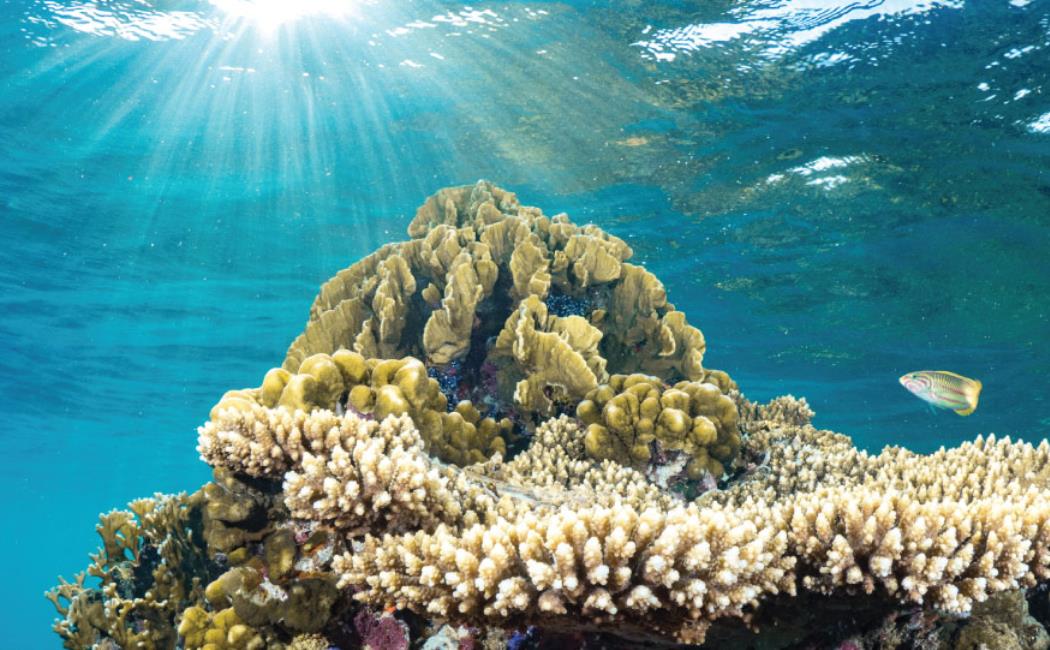 Heat stress disrupts the physiological processes of corals prior to clear signs of bleaching, with implications for adaptation strategies for coral reefs in a warming climate.

The results of coral beaching are obvious — stark underwater forests of white coral skeletons — yet the physiological processes of bleaching are not well understood. Now, KAUST researchers show that, long before signs of bleaching appear, prolonged spells of warm water cause heat stress that disrupts the nutrient cycling of the coral and its symbiotic algae.

Coral reefs occur in warm low-nutrient waters. Stony corals include the coral animal, which is a cnidarian host that lives in symbiosis with Symbiodiniaceae, single-celled algae that photosynthesize to help "feed" the coral in exchange for the protection of the coral tissue. During a bleaching event, the algae are expelled by the coral, which may lead to the coral's starvation and death. Current thinking, explains Nils Rädecker, a former Ph.D. student at KAUST and now at the École Polytechnique Fédérale de Lausanne (EPFL), “was that this starvation was the result of the corals losing the algae as their main source of energy.”  However, a few signals suggested that it is not as simple as that.

Heat stress disrupts the nutrient cycling of the coral and its symbiotic algae, which may lead to coral bleaching. Understanding this physiological process may help to guide appropriate countermeasures to prevent bleaching. © 2021 Morgan Bennett Smith

To investigate, the research team transported five colonies of a cauliflower coral (Stylophora pistillata) from Abu Shosha reef in the Red Sea to KAUST’s aquarium tanks, which were set up to closely mimic reef conditions. Once acclimatized, the corals were subjected to heat stress conditions that matched local maximum summer temperatures in 2017.

The research team showed that the stable coral-algal symbiosis relies on the algae remaining nitrogen-limited as it “ensures the algae transfer photosynthetic carbon as sugars to the coral host instead of investing it in their own growth,” explains Rädecker.  “However, during heat stress the corals consume their own energy reserves (amino acids) and release waste ammonium that, in turn, stimulates algal symbiont growth.”

This sets up a new cycle. “This metabolic imbalance destabilizes the symbiotic nutrient cycling: as the algal symbionts grow, they translocate less carbon to their coral host,” says Rädecker. “Then, because the coral host receives less carbon from its algae, it releases ammonium, thereby stimulating algal growth.” The expulsion of the algae during bleaching is not the cause of coral stress, says Nils, but rather “bleaching is a symptom of a disturbed symbiosis, in which the algae no longer provide food to their coral host,” he says.

Current management strategies focus on quantifying the severity of bleaching, but these new results suggest an alternative focus. “Regular monitoring of the nutritional status of corals could help to detect long-term trends in the response of corals to changing environmental conditions and to anticipate problems before reefs are bleaching,” explains Rädecker.

These findings also emphasize broad benefits “from identifying reefs that are vulnerable to bleaching and implementing appropriate countermeasures, rather than having to ‘rescue’ them once bleached,” says Christian Voolstra, formerly of KAUST and now at the University of Konstanz in Germany. “Our study shows that controlling the water quality, such as nitrate levels, in the environment could help repress destabilizing the metabolic feedback loop when reef water temperatures go up.”