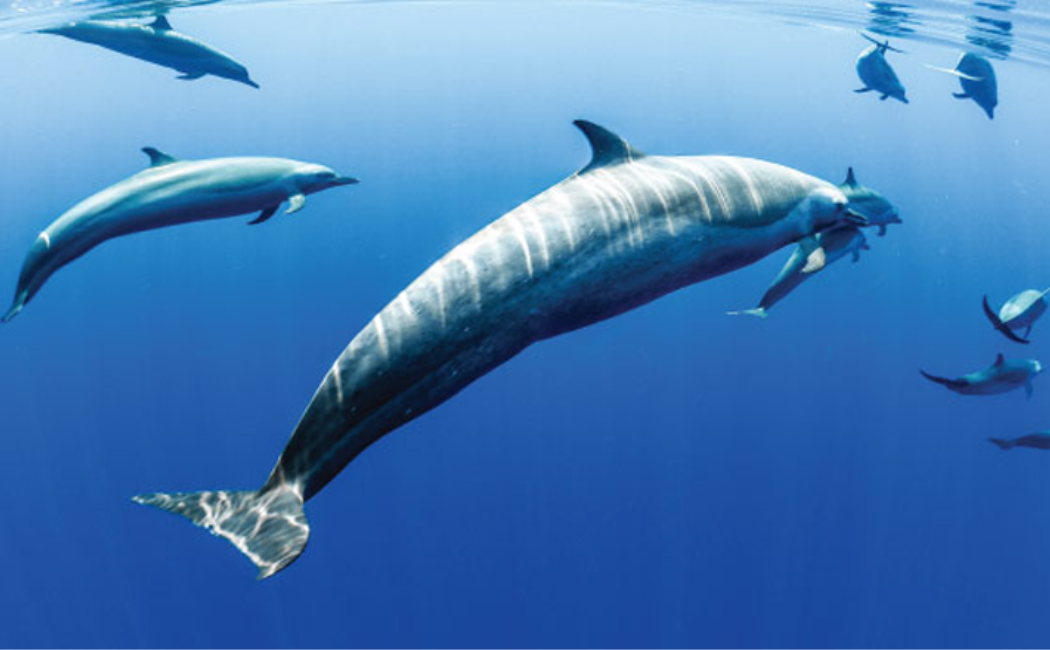 For the sake of marine life, international collaboration is required to reduce undersea sounds

Humans have altered the ocean soundscape by drowning out natural noises relied upon by many marine animals, from shrimp to sharks.

Sound travels fast and far in water, and sea creatures use sound to communicate, navigate, hunt, hide and mate. Since the industrial revolution, humans have introduced their own underwater cacophony from shipping vessels, seismic surveys searching for oil and gas, sonar mapping of the ocean floor, coastal construction, and wind farms. Global warming could further alter the ocean soundscape as the melting Arctic opens up more shipping routes and wind and rainfall patterns change.

Yet noise has been conspicuously absent from global assessments of ocean health.

A team led by Carlos Duarte, a distinguished professor at KAUST, trawled more than 10,000 papers and extracted the most rigorous quantitative studies of how noise affects marine animals. “The research goes back nearly 50 years, but this is the first time all the scattered evidence has been assembled and systematically assessed,” says Duarte. 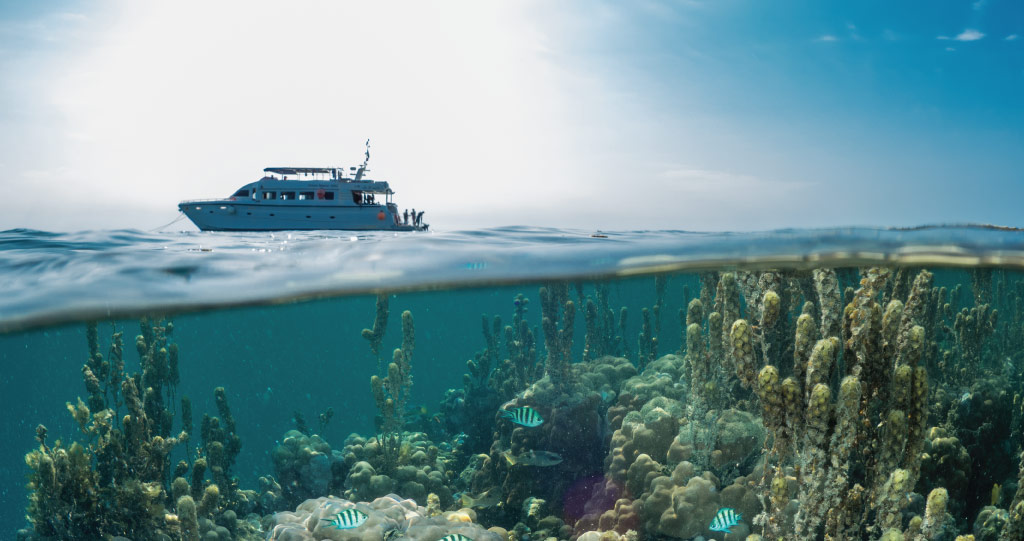 Sound such as that generated by boat engines travels far in water, disrupting sea creatures that use sound to communicate, navigate, hunt, hide and mate. © 2021 Morgan Bennett Smith

Examining the literature, Duarte’s team sought to describe ocean soundscapes, how these soundscapes have changed in the Anthropocene, the negative impacts they have on marine animals, and possible solutions. “We were stunned by the contrast between the wealth of evidence and the general neglect of the problem in scientific debates and policymaking,” says Duarte.

Of the 538 carefully chosen papers, 90 percent revealed significant impacts of human sounds on marine mammals, while 80 percent identified effects on fish and invertebrates, such as jellyfish. “But there’s still a gap in our understanding of the impacts on diving birds and sea turtles,” adds Duarte.

Shipping is a widespread problem, disrupting travel, foraging, communication behaviors and the ability of young fish to learn to avoid predators. Particularly concerning was the effect of dampened soundscapes on the hearing of larvae trying to navigate to suitable habitats. “If they miss the call home, they will likely starve to death or be eaten,” says Duarte.

Noise pollution has driven many marine animals from their natural territory, although escape is not always possible for species with specific ranges, such as the endangered Maui dolphin. In 2020, when global lockdowns were enforced during the COVID-19 pandemic, noise from shipping fell by 20 percent, and dolphins and sharks were spotted swimming through formerly busy, noisy waterways. “This is promising evidence of an almost immediate response of marine life to a relaxing of acoustic pressures,” says Duarte. 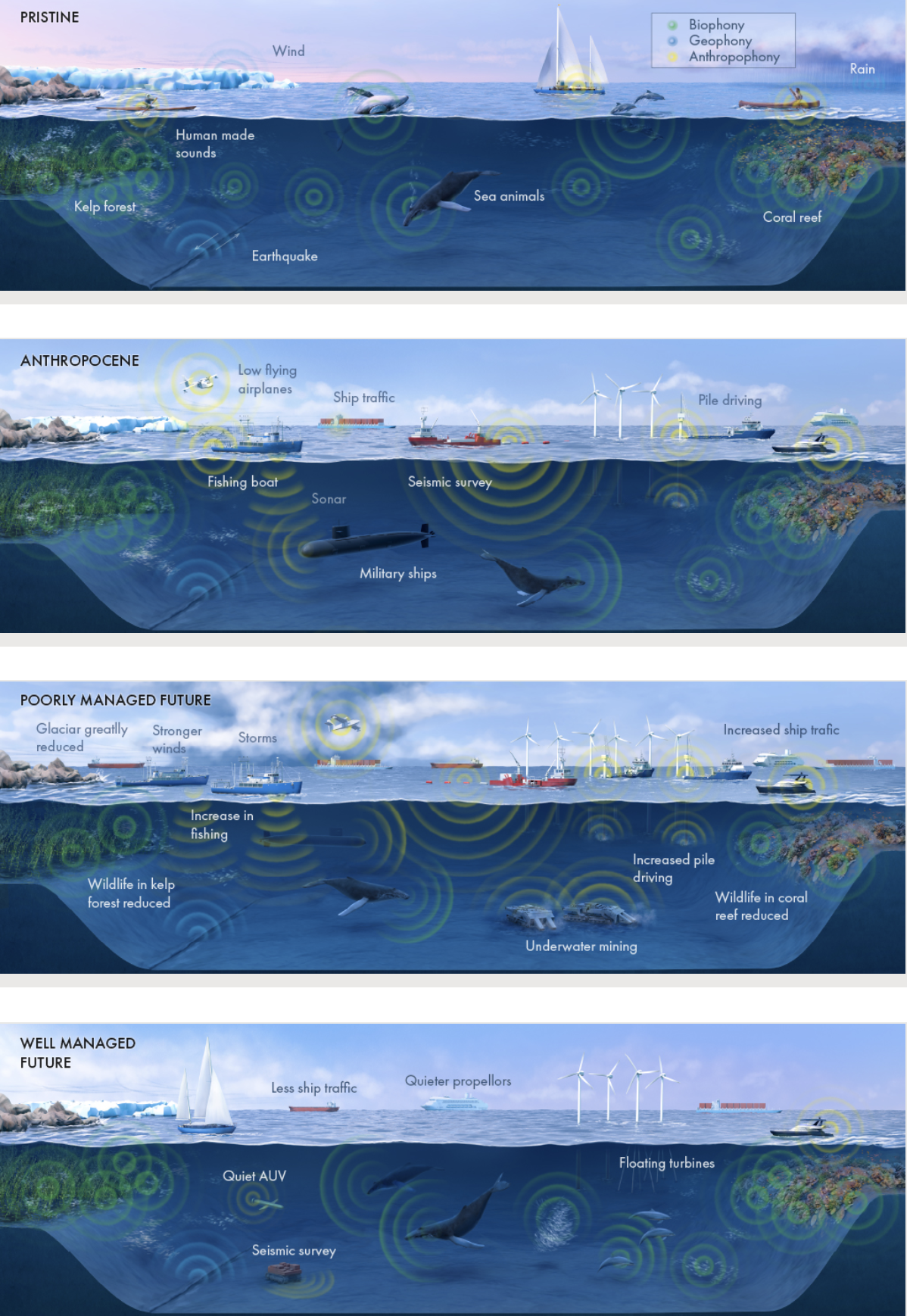