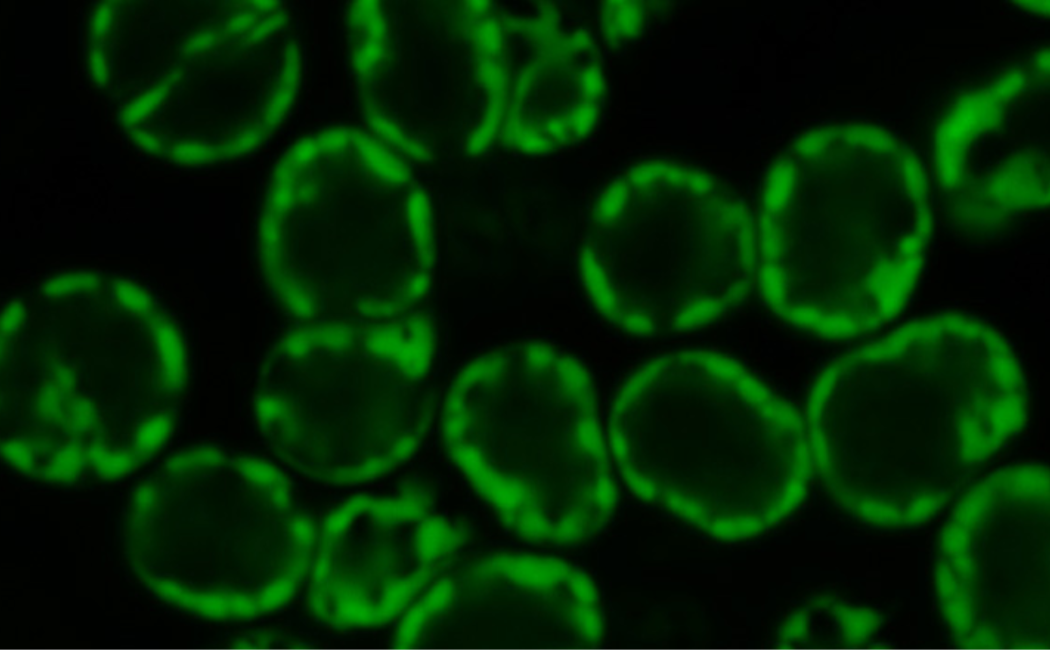 The weird and wonderful genome of dinoflagellates looks nothing like other eukaryotic genomes.

The genome of single-celled plankton, known as dinoflagellates, is organized in an incredibly strange and unusual way, according to new research. The findings lay the groundwork for further investigation into these important marine organisms and dramatically expand our picture of what a eukaryotic genome can look like.

Researchers from KAUST, the U.S. and Germany have investigated the genomic organization of the coral-symbiont dinoflagellate Symbiodinium microadriaticum. The S. microadriaticum genome had already been sequenced and assembled into segments known as scaffolds but lacked a chromosome-level assembly.

The team used a technique known as Hi-C to detect interactions in the dinoflagellate’s chromatin, the combination of DNA and protein that makes up a chromosome. By analyzing these interactions, they could figure out how the scaffolds were connected together into chromosomes, giving them a view into the spatial and structural organization of the genome.

A striking finding was that the genes in the genome tended to be organized in alternating unidirectional blocks. “That’s really, really different to what you see in other organisms,” says Octavio Salazar, a postdoc in Manuel Aranda's group at KAUST and one of the lead authors of the study. The orientation of genes on a chromosome is usually random. In this case, however, genes were consistently oriented one way and then the other, with the boundaries between blocks showing up clearly in the chromatin interaction data.

The international research team discovered that the genome of dinoflagellates is organized in a unique way compared to other eukaryotic genomes. © 2021 KAUST

This organization is also reflected in the three-dimensional structure of the genome, which the team inferred comprises rod-shaped chromosomes that fold into structural domains at the boundaries where gene blocks converge. Even more intriguingly, this structure appears to be dependent on transcriptional activity. When the researchers treated cells with a chemical that blocks gene transcription, the structural domains disappeared.

This unusual link is consistent with another strange fact about dinoflagellates — they have very few transcription factors in their genome and do not seem to respond to environmental changes by altering gene expression. They may use gene dosage to control expression and adapt to the environment by losing or gaining chromosomes or perhaps via epigenetic structural modifications. The researchers plan to explore all of these questions.

Another open question is the origin of this exceptional genome structure. Dinoflagellates produce very few histones, the proteins used by other eukaryotes to structure their DNA, instead using viral proteins incorporated into their genome long ago. The extraordinary genome structure and genetic regulation may be a consequence of how these viral proteins work, but that remains to be confirmed.

The dinoflagellate genome defies the expectation and dogmas built from studying other eukaryotes. “It shows that nature can work in a completely different way than we thought,” says Salazar. “There are so many possibilities for what could have happened as life evolved."