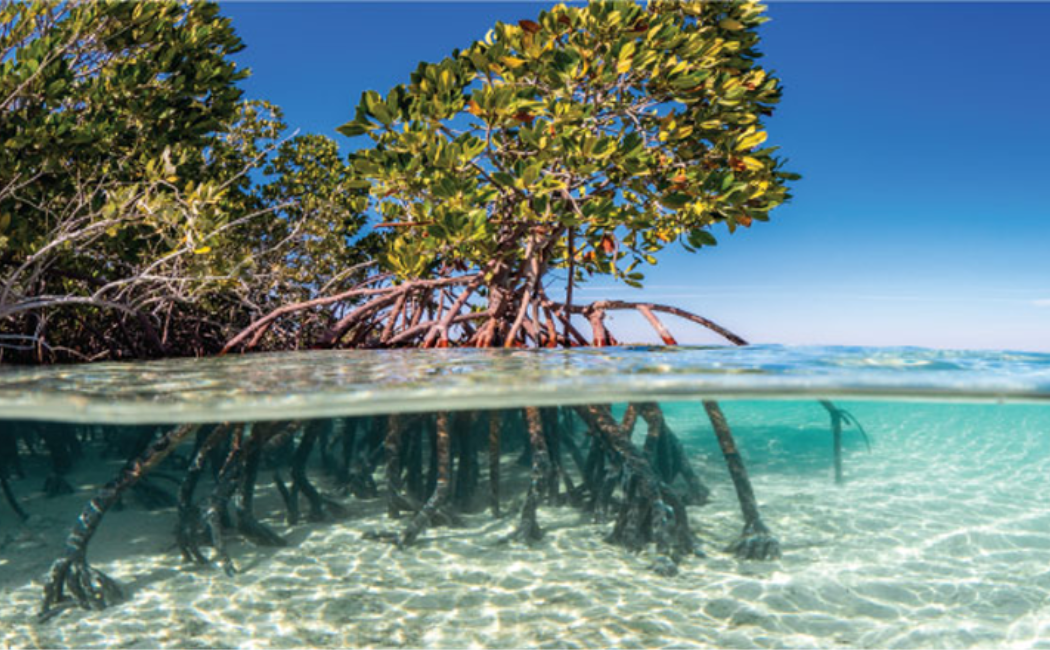 A pioneering cultivation strategy that recreates a mangrove environment in the lab has enabled identification of novel bacteria residing in Red Sea mangroves and will help improve understanding of mangrove ecosystem stability, resilience and sustainability.

Mangroves are highly productive, dominant coastal ecosystems that line between 60-70 percent of the world’s tropical and subtropical coastlines. They harbor diverse microbial communities thought to make up 80 percent of the ecosystem’s biomass. Many of the microbial species, families and taxa are unknown to science.

The cultivation strategy was developed by a team of KAUST researchers, including Fatmah Sefrji and Ramona Marasco.

“Red Sea mangroves are particularly interesting because they represent an extreme and unique version of mangrove environments that are exposed to stressful conditions, including high temperatures, salinity and oligotrophy,” says Sefrji. “These environmental stresses exert a strong selective force on the mangrove’s microbial communities and so favor the presence of unique species and families.”

The team’s key challenge was to recreate the mangrove environment in the lab so that they could grow the bacteria in their natural setting. They moved portions of the mangrove sediment and seawater to lab-based growth chambers because in artificial media, it is nearly impossible to reproduce all the molecules, such as nutrients and vitamins, and the molecular cross-communication that are necessary for healthy microbial growth.

“It is difficult to successfully cultivate so-called ‘microbial dark matter’— the environmental microorganisms that are unknown to science and have never been cultured before,” says Marasco. “There are so many molecules and parameters important for the growth of a given microbial species from a particular setting.”

Once the growth chambers were set up, the team cultivated the resident microbial communities by feeding them regularly with nutrients taken from the natural mangrove environment. They then analyzed the genotypes and phenotypes of selected bacterial isolates, discovering a series of new species, and even taxa. Two papers highlight the first two organisms new to science, the bacterium Mangrovivirga cuniculi (new family Mangrovivirgaceae) and a new bacterial strain called Kaustia mangrovi.

“Both organisms grow in the presence of relatively high salinity and temperature and in the pH range typical of mangrove sediment on the Red Sea,” says Sefrji. “Despite their similar physiology, each bacterial isolate showed unique physical and biochemical characteristics, confirmed also by the analysis of their genomes.”

The researchers hope the identification of these organisms will contribute to a wider understanding of mangroves and provide insight into effective ways of protecting these unique ecosystems, particularly in light of climate change. The ability to cultivate Red Sea mangrove bacteria at scale could have significant implications, and not just for mangroves themselves.

“Cultivating members of a microbial community adapted to the variable and harsh conditions of the Red Sea may represent an important source of metabolites and enzymes for future biotechnological applications,” says Marasco. “For example, bacteria that promote plant growth could boost mangrove seedling establishment, while others could confer salt tolerance to cereal crops. We are actively characterizing our novel strains for such capacities.”