A radical plan to save ravaged coral reefs—with customized medicine 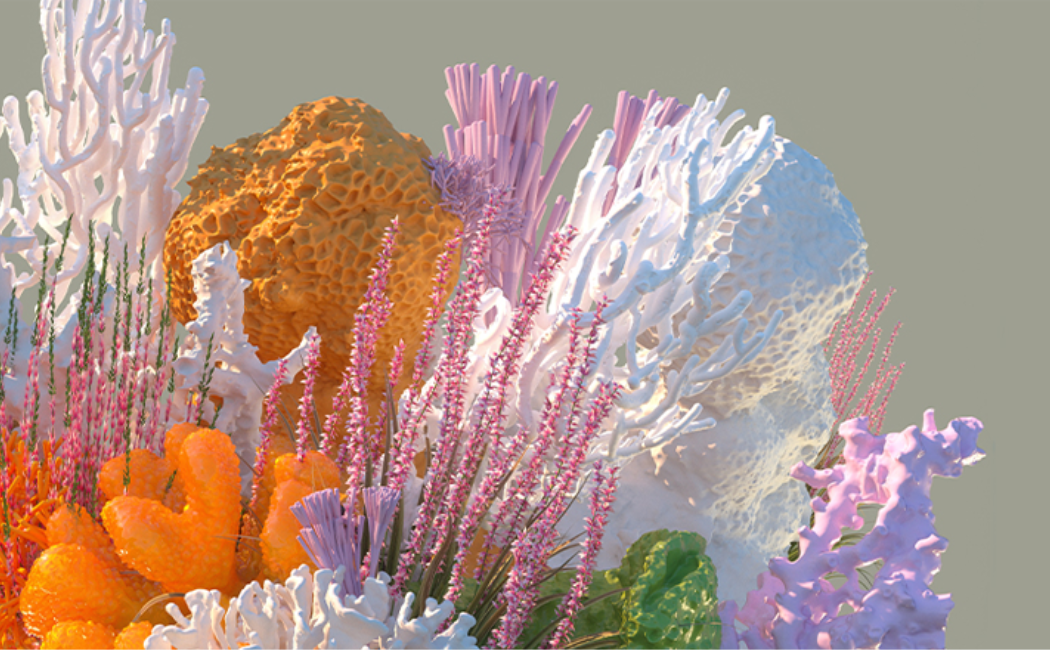 A radical plan to save ravaged coral reefs—with customized medicine

As a child, Raquel Peixoto would snorkel along the coast of Brazil, marveling at the florid coral formations rooted to the ocean floor, along with the equally colorful sea creatures either living in the reef or passing by for a snack. Years later, by then a marine scientist working to preserve the world’s ailing coral ecosystems, Peixoto returned to the waters of her home country and was horrified by what she found.

“I’d been to other places and seen that coral was suffering, but the reefs in Brazil had been healthy,” recalls Peixoto, now a marine science professor at King Abdullah University of Science and Technology (KAUST). “In 2019 we had our first mass mortality in Brazil. I remember a postdoc in my group going into the water and coming out crying, saying, ‘I can’t find any. They’re all dead.’ So I decided to do something about it.”

For decades, scientists have been engaged in a furious effort to save the world’s coral reefs, which are vanishing at an alarming rate—about half of them are believed to have died over the last 50 years. Efforts to “do something about it” have ranged from replanting programs to genetic engineering and establishing protective reserves. The combined effects of acidification, pollution, and climate change, however, continue to ravage these colonies. Scientists predict that up to 9O percent will die out over the next two decades and that they will be gone completely by 2100.

The result of all this, according to Peixoto, will be “a cascade of tragic events” that, once it starts, will be impossible to stop. “Researchers call coral reefs the rainforests of the sea,” she says. “At least 34 percent of named marine species depend on coral reefs. So if the reefs die, almost a third of marine species will suffer, which means all marine life will suffer, because everything is connected.” The demise of coral will come with a massive economic fallout, too, and will leave coastlines more vulnerable to storm damage and tsunamis. “It’s scary,” says Peixoto.

The work being undertaken by Peixoto and her team at KAUST addresses the issue of bleaching, in which rising water temperatures cause reefs to discharge the algae living among them, depriving them of a key source of nourishment and leaving them skeletal and sickly. Since 1980, according to one estimate, 94 percent of coral reefs surveyed by researchers have suffered significant bleaching, and the situation will only worsen as climate change progresses. “We have to remember that after they die, there is nothing we can do,” Peixoto says. “I could never accept that.”

Peixoto’s response to this looming catastrophe, described in a recent Scientific American article as an “audacious and controversial rescue plan,” has been to treat the ailing reefs as a doctor would a patient—to, as she puts it, “prescribe” curatives. Working in a lab alongside the Red Sea, Peixoto hovers over clusters of small aquariums, administering probiotics—cocktails of bacteria harvested from healthy colonies and cultivated in the lab—aimed at restoring the coral. 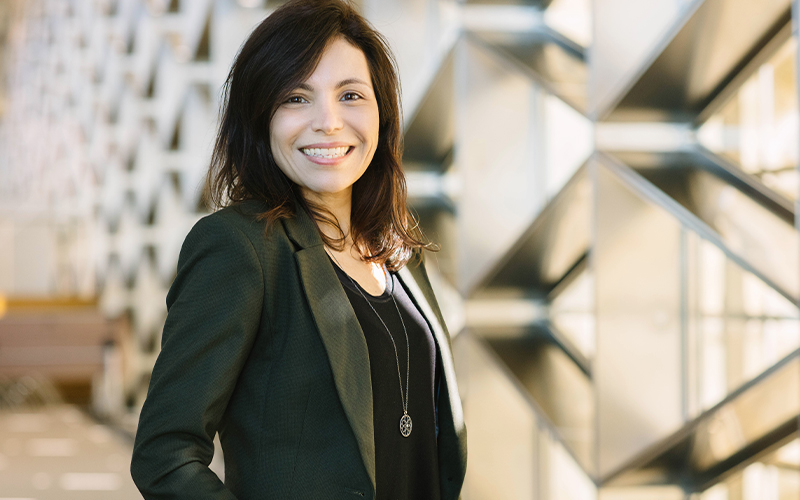 “There are several microbial players—bacteria, fungi, algae—but we focus mainly on bacteria,” Peixoto explains. “We select those with mechanisms we think will be most beneficial… We can have bacteria that fight pathogens or mitigate the breakdown of the symbiosis between coral and algae. We can also introduce good rotifers [microorganisms that are a nutritious food source for coral] to help reduce the stress.”

In some sense, Peixoto is working to buy time. “I don’t think our work on its own is the solution to the crisis,” she says. “The biggest thing is the mitigation of carbon emission.” But she may be selling herself short here. There is actually a good chance that Peixoto’s approach could lead to permanent, transformative effects—in terms of both the coral and the environment in which it lives.

One remarkable thing about this potentially game-changing solution is how simple it is. Even more curious, though, is the fact that nobody seems to have tried it before Peixoto came along. When asked if her deviation from the norm makes her a visionary or, well, mad, she laughs and says, “maybe I’m a little of both.” In the early days, non-microbiologists viewed her work with a skeptical eye. “I’m not sure they saw this as a doable thing,” she says. “Others thought it could be dangerous.”

Today, marine scientists around the world—from China to Germany to Hawaii—are looking at Peixoto’s research in a more favorable light. “Our approach is spreading,” she says. “There are people I don’t know citing us in papers or using the framework we have provided.” And while she is happy to see her ideas gaining traction, Peixoto also acknowledges that this is only the start. “At some point, all these different strategies will need to work together,” she says.

When it comes to deploying the approach that Peixoto has pioneered, there are still hurdles to be overcome, including logistical challenges and questions about the safety of what she is trying to do (the prospect of new diseases being introduced, say, or the food chain being harmed in some unforeseen way). “It’s very important for me to discuss this,” Peixoto says. “I’m mainly concerned with whether our approach is going to work rather than if it will be a cause of harm. The most disastrous thing would be to not do anything at all.”

In much the same way that pharma companies had to develop vaccines to halt the Covid pandemic, Peixoto continues, she and her peers are obliged to develop treatments for the world’s dying reefs. “This is not a pristine environment we are working in—we’re trying to restore and rehabilitate it, not change it,” she says. “We only have ten years to save coral. So I’m not saying we have to use this approach now, but we have to develop it, to see if it’s feasible, to see if it’s safe. Because if these things die, there is no way back.” 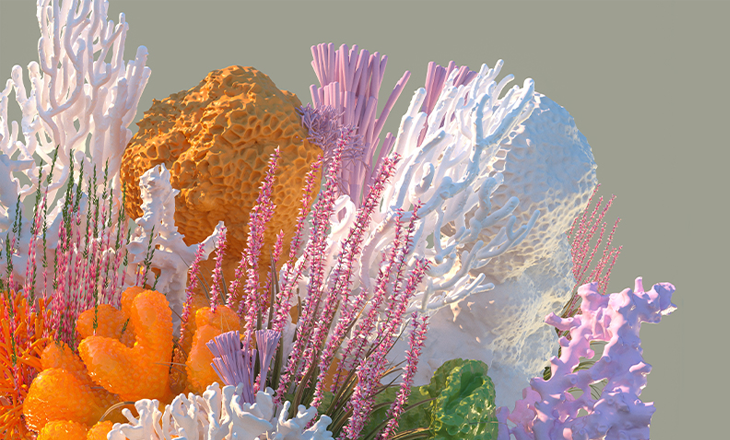 How to run the world’s largest, wettest hospital

Even as Raquel Peixoto continues to work on coral treatments, she is looking ahead. She believes it will be about two years before she can start thinking about scaling up her coral inoculation methods, and possibly five before we see tangible results. The question now is: how do you go about treating every ailing coral colony on Earth, given the fact that these things cover around 285,000 square kilometers of ocean floor?

Unlike many researchers, Peixoto isn’t content to do the lab work and let the engineers get on with the nuts-and-bolts. “KAUST is a paradise for someone like me,” she says. “For one, we have the Red Sea ten minutes from my laboratory, home to the world’s most resilient coral and the most powerful probiotics, so I can be down there looking at the ecosystem, tagging the right colonies. But this is also a collaborative university, meaning I can count on the very strong engineering team we have here.”

So far, Peixoto’s in-house brainstorming sessions have ranged from the pragmatic to the speculative. “We’ve looked at using AI to identify the coral colonies that need help, or to predict when bleaching events are going to take place. We’ve also looked at robots to drop slow-release bacteria pills on affected areas, so we don’t have to keep going back—like a nicotine patch. We could have a number of robots doing this quickly.”

Among the more unorthodox ideas is that of strategically placed fields of nozzles on the ocean floor, like garden sprinklers, to disperse beneficial bacteria. We could also, possibly, face the prospect of swarms of swimming robots feeding the coral their preferred microorganisms, or transplanting healthy, lab-grown coral clusters into the midst of ailing colonies. Or even fitting nozzles to the hulls of cruise ships, to let them do some good for a change.

“Of course, this is a big challenge,” Peixoto says finally. “We’re trying to develop the tools, doing pilot experiments. A way to think of this is that we’re developing a medicine, and then a delivery system. So we’re teaming up with technicians and engineers to get this done. And yes, sometimes it does mean exploring crazy methods.”