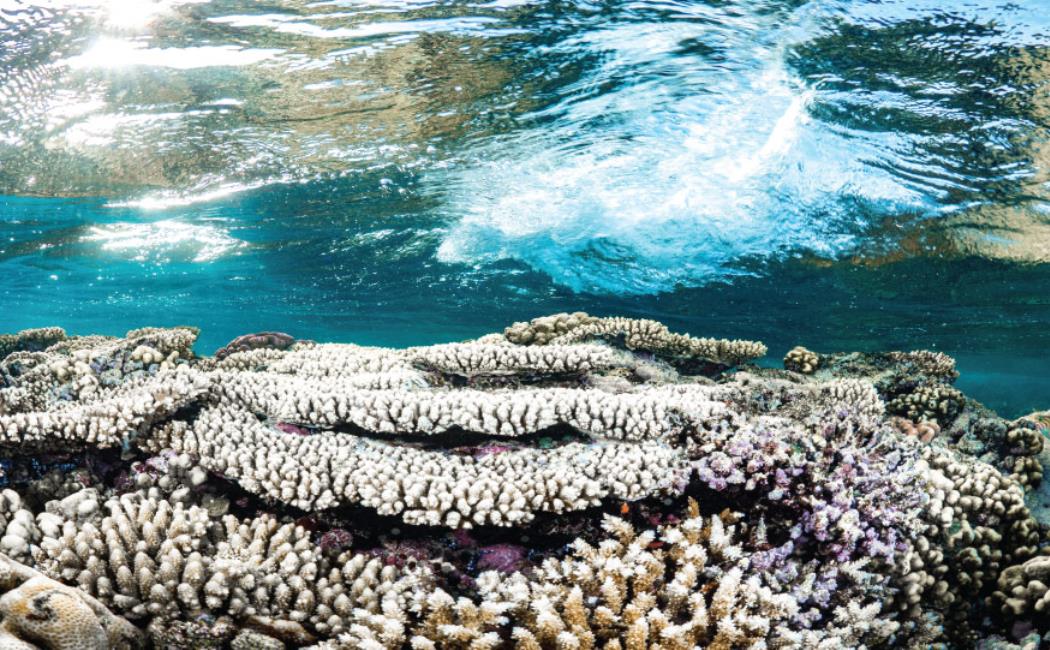 Tropical and subtropical coral reefs will increasingly experience bleaching and substantial declines in productivity, calcification and survival within the next two decades under low and intermediate greenhouse gas emission scenarios.

“In the coming decades, coral reefs will be subject to a plethora of stressors,” explains Shannon Klein, a research scientist at KAUST who led the study. The most significant of these stressors will be more intense and prolonged rises in sea surface temperatures, known as marine heatwaves. But ocean acidification— as ocean waters absorb more carbon dioxide (CO2) from the atmosphere — is also known to have an impact on coral reefs. “What we didn’t know was how ocean acidification will moderate coral responses to marine heatwaves and to what degree,” says Klein.

Klein and colleagues at KAUST and in institutions in Germany, Switzerland and Australia set out to quantify the dual impact of the two stressors on coral reefs in tropical and subtropical regions. They first projected future marine heatwave temperatures under low, intermediate and high greenhouse gas emission scenarios up until the end of this century.

They then gathered data from 1,788 experiments, representing 172 studies on 87 coral species, and combined it with their projections to predict how eight different coral attributes will respond to the three different scenarios throughout the century.

“Interestingly, we found that some coral attributes responded similarly to heat stress with or without ocean acidification,” says Klein, “while other attributes declined faster when the stressors occurred together.”

Generally, ocean acidification was found to have an impact on coral responses, albeit a minor one compared to the impacts of marine heatwaves. However, the researchers also found that the added effect of ocean acidification will lead to more rapid declines in coral photosynthesis and survival under intermediate and unrestricted emission scenarios in the mid-and late-21st century.

“This research is a milestone in our capacity to project future challenges to coral reefs from marine heatwaves caused by climate change,” says KAUST marine ecologist Carlos Duarte, who also led the study. “Our study fills a major gap as we were thus far missing quantitative predictions, which are essential for deploying multilevel actions to mitigate climate change.”

Next, the team will investigate regional differences in how corals respond to these drivers. They also plan to establish how other global and local pressures might impact their projections.