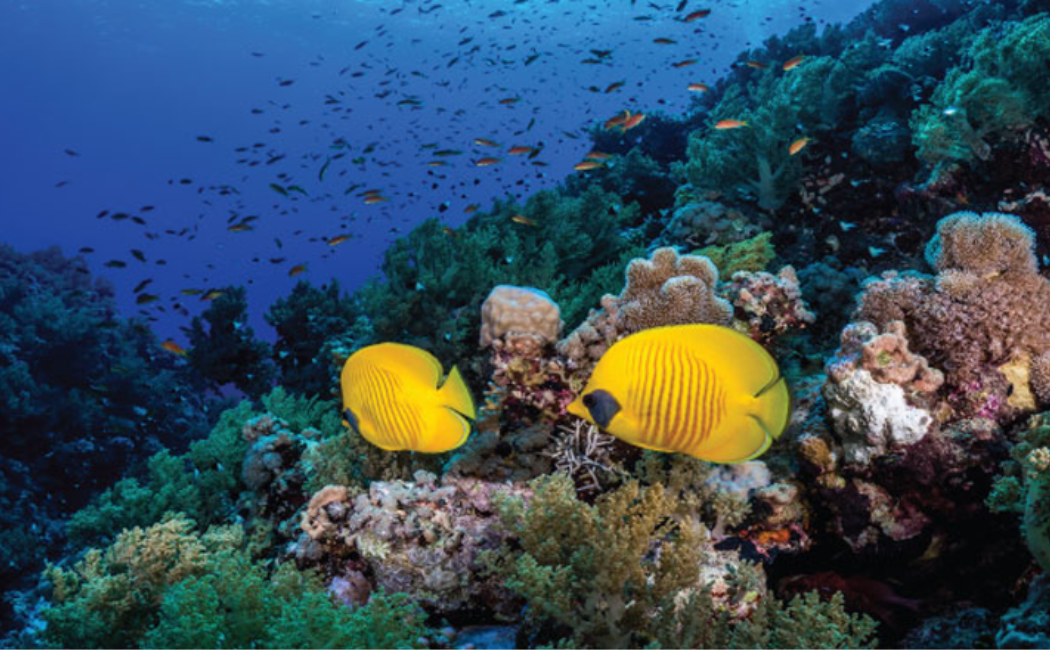 Restoration processes to increase the resilience of corals are needed to counter environmental pressures from climate change.

Coral reef ecosystems are severely threatened by climate change. The urgent need to address the issue is driving a new era of innovation in reef science, shown by a global multidisciplinary exploration of different approaches to enhance coral resilience.

An international team including KAUST professors Manuel Aranda and Raquel Peixoto, with adjunct professor Chris Voolstra, have proposed an adaptive framework to increase the resilience of corals in the face of climate change.

The researchers investigated a range of tools to maintain or even rebuild and rehabilitate reefs, enhance recovery rates and promote resistance to environmental pressures.

Knowledge about how coral holobionts (the coral animal together with its associated algae, bacteria and viruses) respond or adapt to stress provides opportunities to modify these responses, using the same mechanisms that corals have naturally evolved to survive stress.

Like all animals, corals respond to changes in their environment through acclimation (the physiological process of becoming accustomed to a new condition) and adaptation.

The researchers say natural populations may already be adapting to increasing sea surface temperatures. The ability of at least some coral species to adapt to changing environmental conditions presents the possibility to use this capacity through a process known as environmental hardening, where young corals are preconditioned by gradually exposing them to higher temperatures, as a way to increase tolerance to future heat stress events.

Researchers are also investigating the use of selective breeding approaches to achieve coral adaptation.

Research by Aranda and colleagues has shown the potential of selective breeding using corals from the hottest reefs in the world to transfer heat tolerance to other populations.

“Genetic adaptations to higher temperatures can be passed on within a single generation, with coral larvae with at least one parent from a warmer location showing up to 10 times greater chances of survival under heat stress,” says Aranda.

A team of international researchers led by KAUST proposes an adaptive framework to increase the resilience of corals in the face of climate change. © 2021 KAUST; Morgan Bennett Smith.

Another strategy is the use of beneficial microorganisms for corals (BMCs) as “probiotics” to improve coral health by potentially increasing nutrient input to mitigate stress and toxic compounds, or controlling pathogens.

Peixoto leads a group at KAUST working in this area and her work, together with international collaborators, has proven the concept that BMCs can even promote coral bleaching recovery and prevent mortality by mitigating post-heat stress disorder syndrome.

“It is too late for nature to heal itself and we need to develop tools to accelerate the natural adaptation of coral holobionts,” Peixoto says.

“Probiotics could increase the survivorship of native coral colonies in the reef, including less tolerant ones, without the need to move them to the lab or other areas, thus helping to maintain some of the genetic diversity.”

The researchers say that trying to recreate reefs as they once were is largely unachievable and would probably not provide future resilience as climate stressors persist and intensify. Rather, the aim should be to enhance current functional and genetic diversity through environmental rehabilitation to allow reefs to thrive under changed environmental conditions.

The authors say these measures have the greatest likelihood of success if they harness the corals’ natural adaptive capacity and that all these tools can be combined and/or tailored depending on the goal and reef degradation status. Selective breeding and probiotics can be combined to increase the abundance of thermal-tolerant colonies while retaining part of the native coral diversity, for example.

An important priority for global restoration efforts is to understand the degree to which such interventions translate into reef-level effects, or the time required for these interventions to have an impact at the reef level.

Alongside efforts to enhance coral resilience, the researchers emphasize the importance of mitigating the impact of environmental parameters, such as water quality, that are broadly linked to reef resilience and directly implicated in coral bleaching and disease susceptibility.

They conclude that restoration and rehabilitation of coral reefs is more likely to be successful using frameworks that can adopt a range of practices — specialized, manipulative solutions to be applied when reefs are severely endangered or degraded, along with broader scale measures that aim to maintain reef health, such as water quality monitoring.