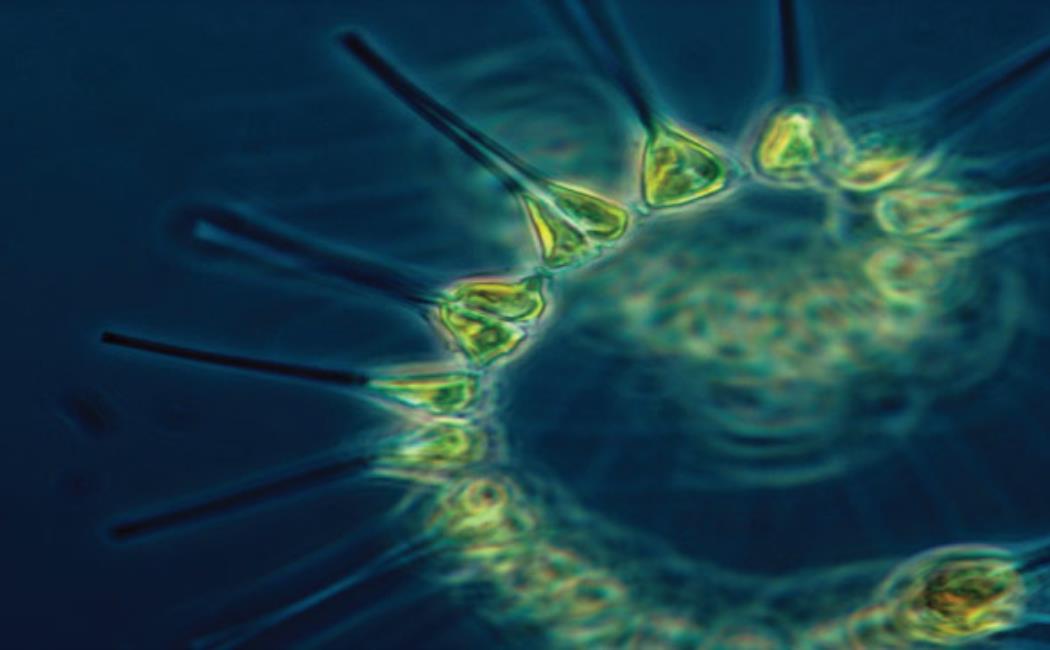 Satellite data analysis lays a foundation for future studies on the impact of climate change on the Red Sea ecosystem.

The research carried out by the KAUST team furthers our understanding of the physical processes that influence phytoplankton production and carbon sequestration in the Red Sea. Pixabay; FotoshopTofs

Red Sea phytoplankton blooms change seasonally and interannually in response to climatic events. A KAUST study has analyzed satellite data over two decades and its findings will underpin other investigations into how climate change could impact this marine ecosystem.

Phytoplankton are water-living, microscopic organisms that use chlorophyll to convert light into energy. This process involves absorbing carbon dioxide and releasing oxygen, similar to plants.

“Phytoplankton are at the base of the marine food web and play a key role in the functioning of the open sea,” explains KAUST research scientist Dr. Malika Kheireddine, who specializes in ocean color remote sensing. “Critically, they are also responsible for about half the biological uptake of atmospheric carbon dioxide on Earth. We need a better understanding of phytoplankton variability to evaluate how climate change might impact their dynamics, the marine food webs and the biological carbon pump in the rapidly warming Red Sea region.”

To do this, Kheireddine and KAUST colleagues, along with a colleague at the University of East Anglia in the U.K., analyzed satellite observation data of chlorophyll-a concentrations in the Red Sea over a period of 21 years.

The data revealed four specific bioregions in the Red Sea, each with a unique annual cycle in chlorophyll-a concentration, representing phytoplankton seasonality.

Two of those regions are in the north, where a five-month winter bloom occurs in response to heat flux changes between the atmosphere and the sea, which lead to nutrients rising to the surface.

The other two regions are in the south, where seasonal monsoon winds push nutrient-rich water from the Gulf of Aden into the Red Sea, leading to summer and winter phytoplankton blooms.

Since the data covered a reasonably long period of time, the researchers were also able to detect the interannual variability in these blooms that responded to cyclical climatic changes in air-sea heat fluxes in the north and the El Niño Southern Oscillation in the south.

“This information provides a foundation to improve our understanding of the functioning of the global ocean ecosystem and the potential impact of climate change,” says Prof. Burton Jones, who led the study.

The research also identified specific regions where autonomous platforms equipped with biogeochemical sensors can be deployed to gather more specific measurements. These will provide a more in-depth picture of the physical processes that influence phytoplankton production and carbon sequestration in the Red Sea.