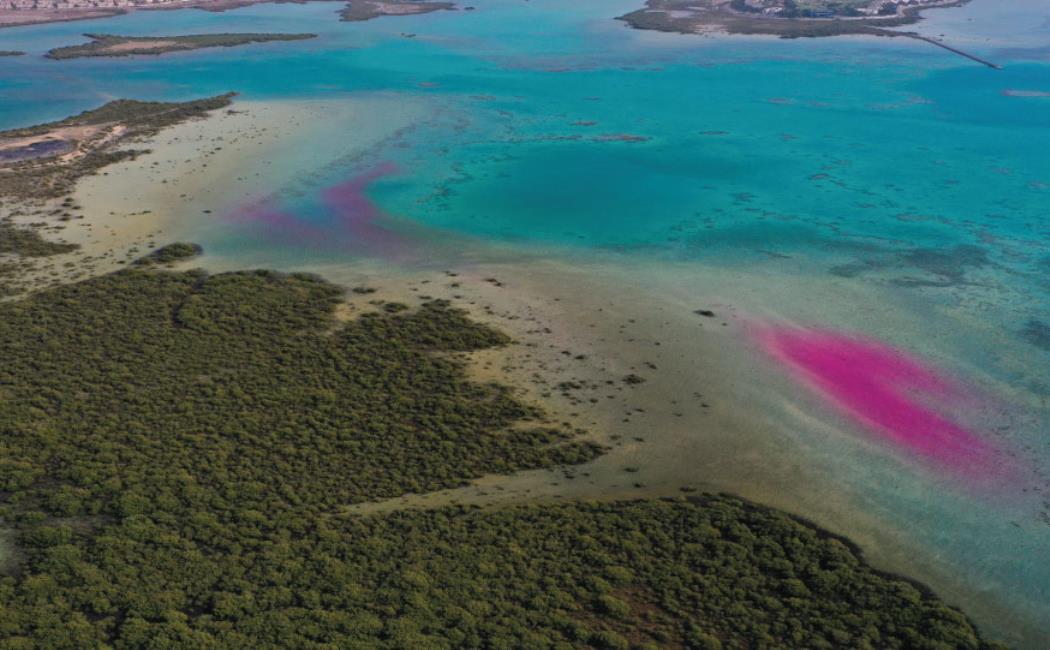 Runoff in coastal waters is linked to pollution and degradation of coral reefs and other marine ecosystems. Unmanned aerial vehicles (UAVs) have now been used to overcome the challenges of monitoring water flow between ecosystems and over large areas.

High-frequency hovering UAV images and flight surveys were used by KAUST researchers to track the movement of dye plumes released during an ebbing tide. Led by remote sensing researcher Kasper Johansen, the team also used information from aerial images combined with field measurements to map dye concentrations, providing insights into the dispersion of materials in the water column and along the coast. 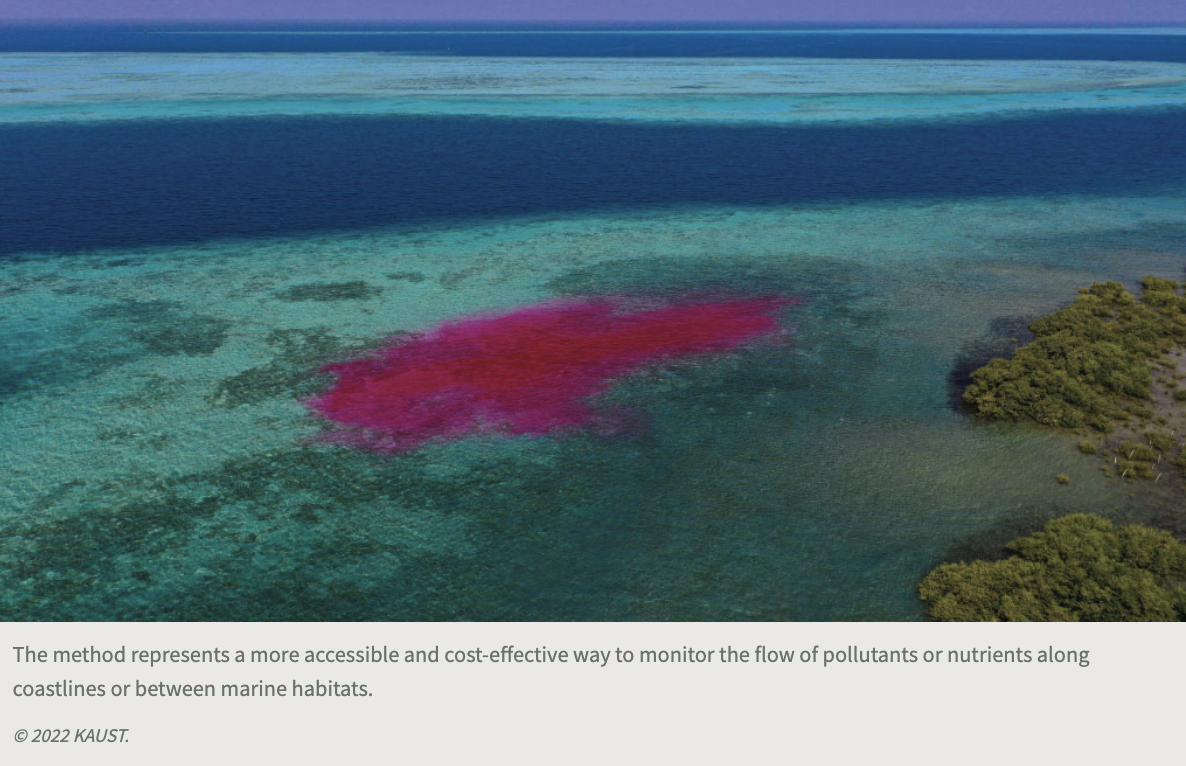 To enable continuous tracing of the dye plumes, two drones hovered for 80 minutes above the seagrass and mangrove locations where the dye was released, collecting photos every 10 seconds and providing full coverage of the plumes. UAV flight surveys then collected data as the plumes spread over a larger area.

Field-based dye concentration measurements were related to the pixel values of spectral bands and indices of 30 different UAV photos. These were collected at the precise time of each collected seawater sample to produce a relationship that could be used to map dye concentrations for the duration of the ebbing tide.

Johansen says the information obtained can provide insights into the exchange, transportation and dependencies of nutrients between mangrove, seagrass and coral reef ecosystems. 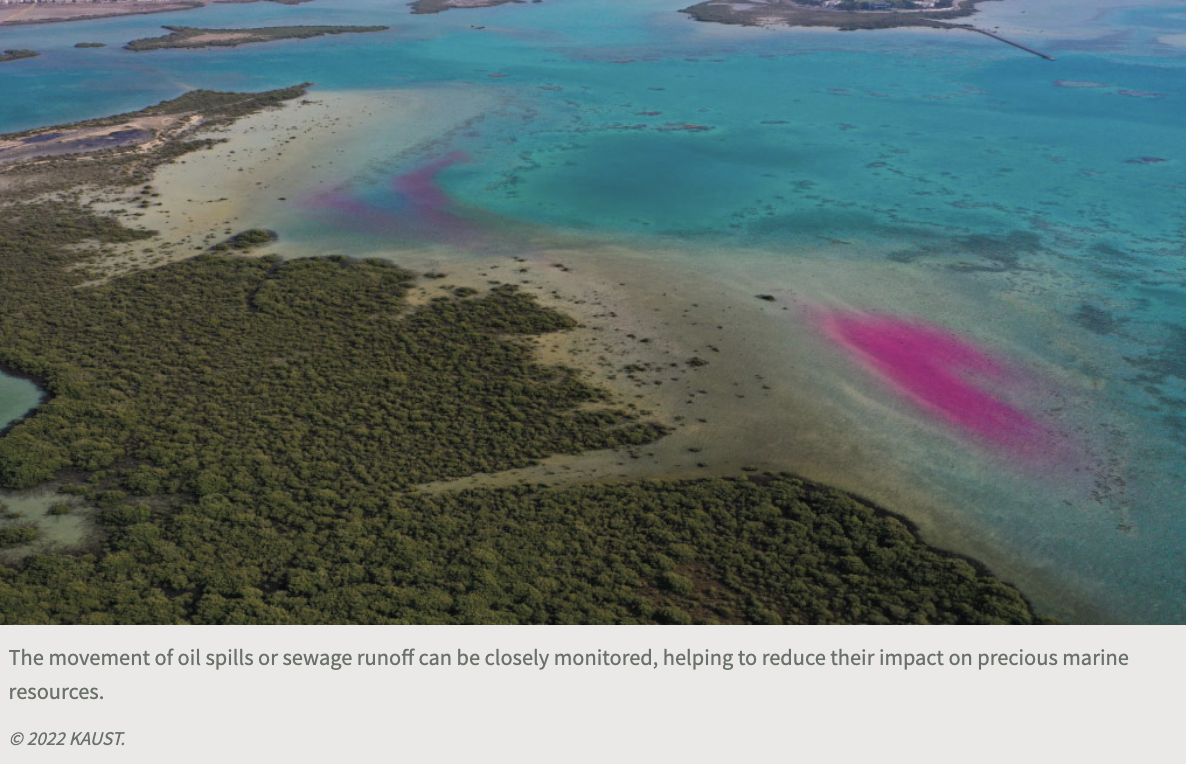 Understanding the dynamics and exchanges of water and nutrients along the coastal fringe is important for numerous research efforts at KAUST.

“These technologies can be deployed to support some of the large-scale projects going on within Saudi Arabia,” he says.

Future studies could monitor coastal water flows in different environmental settings, for example, with larger tidal ranges or deeper water. The method could also help predict where pollutants such as sewage, river runoff or oil spills will be transported along the coast.

“The study represents a lower cost way to visualize coastal water flows,” says Aislinn Dunne, a marine scientist on the team. “UAVs are becoming increasingly available to scientists and private citizens, so this method offers a more accessible and cost-effective way for regular monitoring of coastal water movement.”