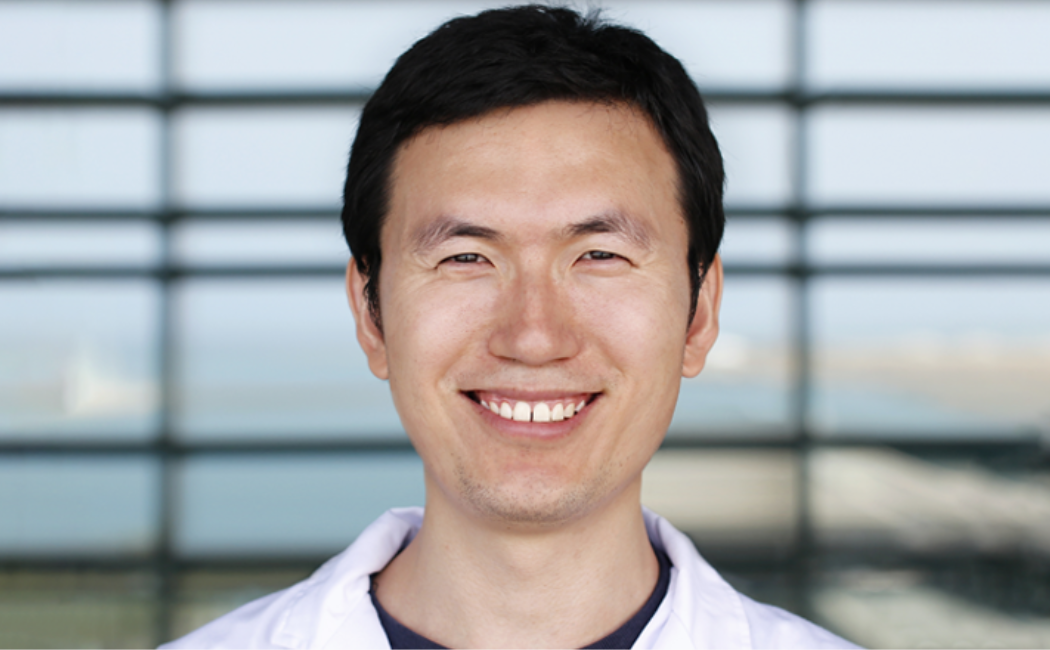 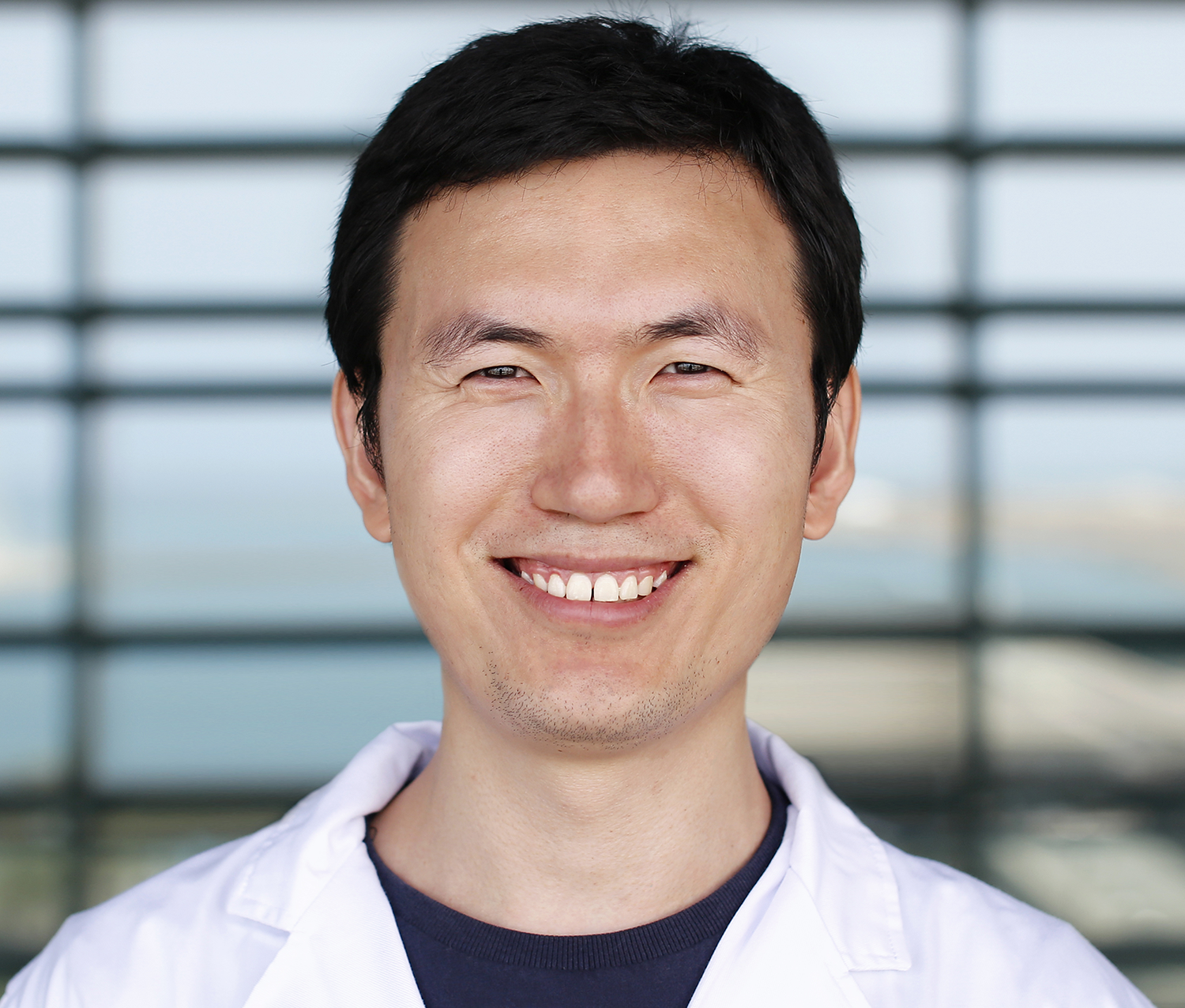 Dr. Guoxin Cui received his PhD from the Red Sea Research Center, followed by a couple of years as a postdoctoral researcher. He is currently a Research Scientist in The Coral Symbiomics Lab, looking at the symbiotic relationship between coral and algae.

Guoxin finds all aspects of life science fascinating but is particularly interested in marine molecular biology.  What Guoxin finds most intriguing in this field is the molecular interactions between corals and their algal symbionts that are fundamental to coral reefs, one of the most biodiverse ecosystems on Earth. "Most of the previous studies have been conducted from an ecological perspective," said Guoxin, "little is known about the molecular mechanisms responsible for important biological phenomena, such as the symbiotic relationship between corals and algal cells. So I am interested in looking for potential molecular mechanisms to facilitate our understanding of this attractive biological system," he said.

Guoxin has a rather diverse and complex academic background. He completed a Bachelor's degree in Biotechnology, followed by a Master's degree in Developmental Biology, looking into the pigmentation in plant flowers and fruit skins. After completing his Master's, he worked as a research assistant, looking at the structural biology of human cytoskeletal proteins for two years, before joining KAUST's Bioscience program for his PhD. This was followed by postdoctoral research that focused on unravelling the molecular mechanisms underlying coral-algae symbiosis, which led to him taking up a research scientist position in The Coral Symbiomics Lab at the Red Sea Research Center.

For his PhD, Guoxin studied the symbiotic relationship between coral and algae mainly at the organism level, examining general patterns of gene expression, metabolite abundance, epigenetic modifications, etc. The primary focus of his PhD was to find a core set of symbiosis-associated genes. "From the functional interpretation of these genes, I revealed the central nutrient regulating process in the symbiotic interactions between coral host and algal symbionts," Guoxin explains.

His current research is focused on further decoding the molecular mechanisms and interactions underlying coral-algae symbiosis. "Coral reefs are among the most biodiverse ecosystems on earth, and the basis for this high biodiversity is the symbiotic relationship between corals and their endosymbiotic algal cells. Despite the ecological importance, we know very little about the interactions between partners in this symbiotic relationship," Guoxin explains. "So I am trying to use various methods to study this relationship on all different levels: the initial recognition between host and symbiont when they build the relationship; the molecular and metabolic interaction between host and symbiont when they maintain a healthy and functional relationship; the signaling pathways that play crucial roles when the relationship breaks down under stress conditions. Through studying these key processes, my ultimate goal is to find a potential way to effectively protect corals from stresses imposed by climate change and human activities."

Guoxin has also spent a lot of time — both independently and in collaboration with other KAUST researchers — developing and optimizing new methods to investigate the symbiotic relationship at different scales. These methods include laser microdissection, single-cell sequencing, ultra-high-resolution metabolomics, and so on.

"Traditional ecological methods have done a pretty good job in helping us gain a better understanding of the importance of coral-algae symbiosis at geographic scales. When we get into smaller scales like individual coral polyps and the molecular interactions occurring between the coral host and algal symbionts, molecular biology is more powerful at disentangling the complex processes and identifying the target signals," Guoxin explains. This typically involves the use of specialized methods, technologies and tools that allow us to delve deeper into the molecular mechanisms at play, he says. "For example, I used laser-microdissection-assisted RNA-seq to physically dissect the symbiotic tissue and quantify its gene expression profiles to find symbiosis-associated genes. To further reduce the background produced by other non-symbiotic cells, I then used single-cell sequencing to further examine just the symbiotic cells. By doing so, I was able to find a set of high-confident symbiosis genes, and I am currently working on a CRISPR project to knock down some of these genes to figure out their physiological roles in the critical processes I mentioned earlier."

For Guoxin, understanding how this complex symbiotic relationship works is in itself extremely exciting. "The findings from my research could help us to understand the mechanism underlying this intracellular symbiotic relationship that has evolved over several hundred million years," he says, adding: "This would help us to gain a lot more insights on how it started and why it could be successful over the course of evolution, and it would also provide us with ideas for potential effective coral protection strategies."

"Coral reefs are undergoing a significant decline on a global scale, and the breakdown of coral-algae symbiosis is one of the most important reasons underlying the global decline," says Guoxin. "Our ultimate goal is to find potential ways to help corals better cope with the environmental stresses through our research in understanding its symbiotic relationship with algal cells. Although we are still at the very early stage of deciphering the molecular basis for this, we have made significant progress in understanding the metabolic interactions between host and symbionts," he says. "We are investigating further to figure out potential ways to increase the metabolic stability of this symbiotic relationship under stress, which may give us further ideas and solutions for coral reef restoration."

When asked about his future plans, Guoxin said: "I am currently leading a team of PhD and Master students. We are trying to deepen our understanding of coral symbiosis from various novel perspectives, including epigenetics and gene regulation, genetics and phenotyping, etc. This will be my main focus for the next two years or so. In the meantime, I will look for opportunities to become an independent principal researcher."