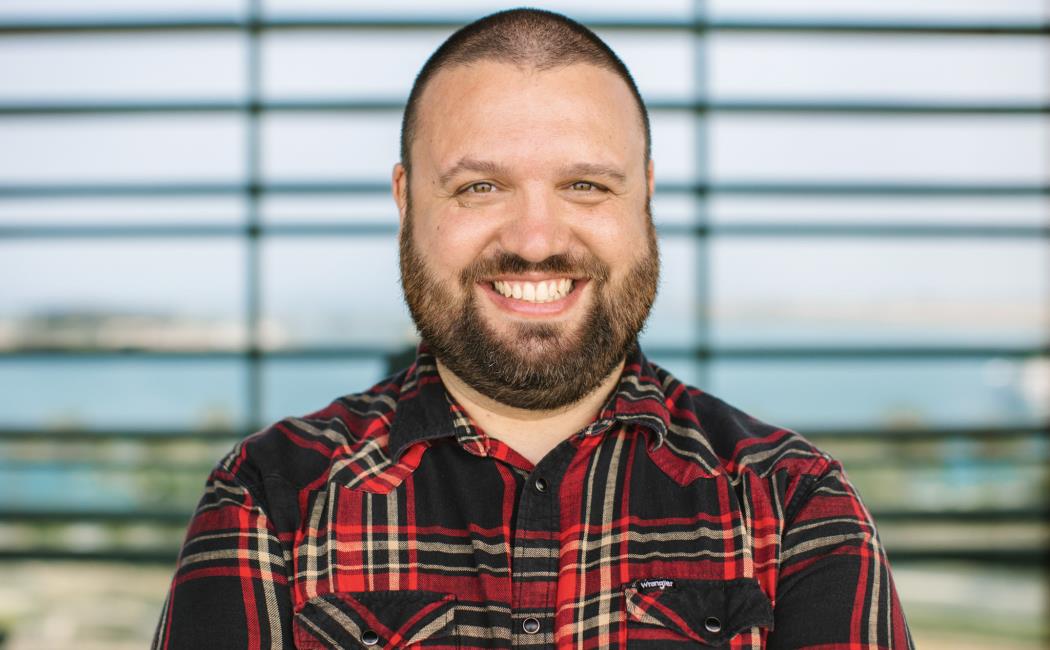 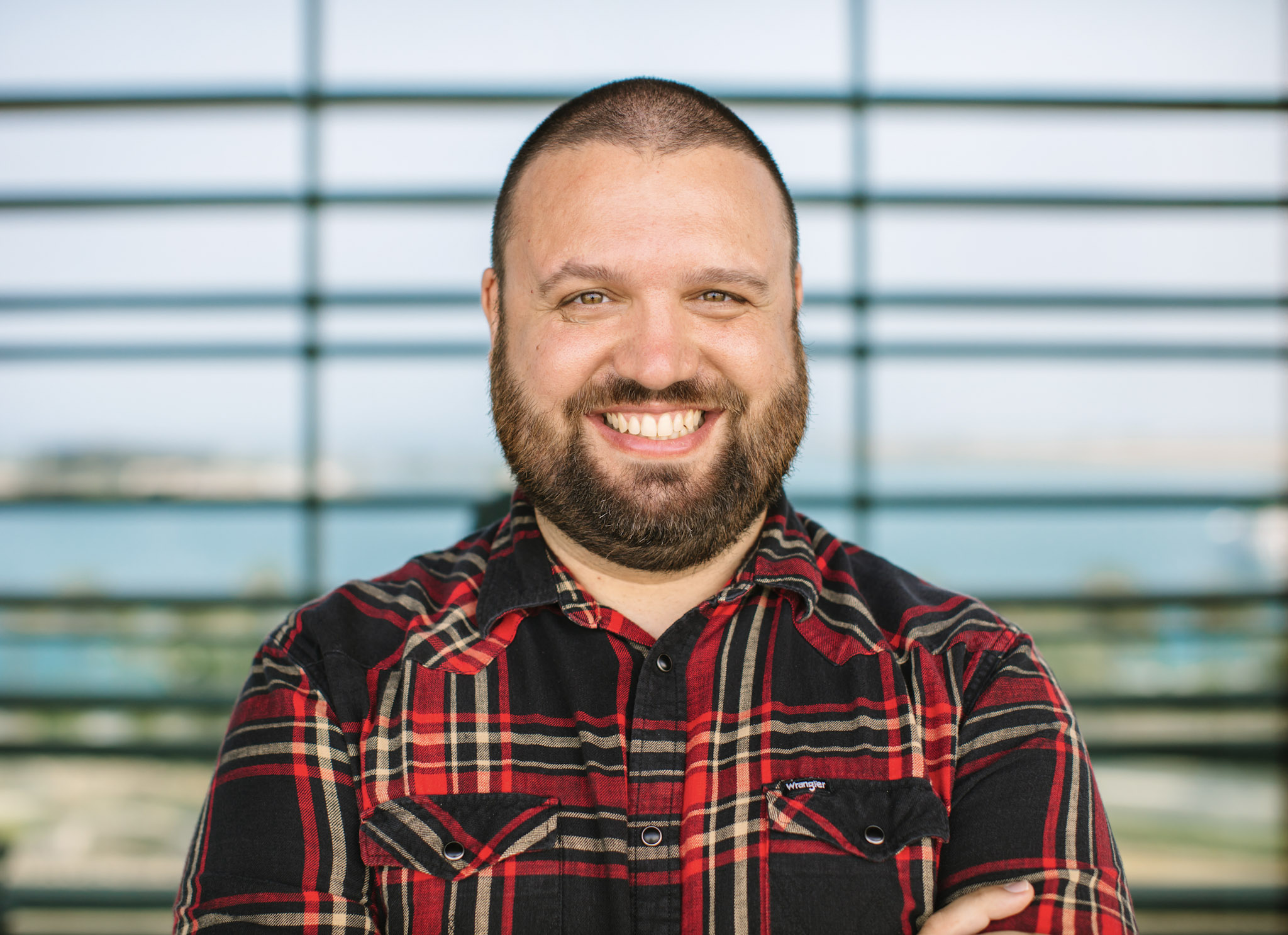 Dr. Fabio Marchese is a marine geomorphologist in the Red Sea Research Center's Habitat and Benthic Biodiversity Lab, where he uses his specialized seafloor and marine habitat mapping skills to shed light on how geomorphic processes create and shape current seafloor morphologies in the Red Sea.

With a background in geology, early training as a marine technician, and a natural curiosity for technology, Fabio's career as a marine geomorphologist unfolded naturally. While he was in the process of selecting a university, Fabio was in the secretary's office at his university, where he saw a poster advertising oceanographic cruises and all the instruments that they had to play with to explore the oceans. Since the only difference between men and boys is the price of their toys, Fabio, who is a geologist by training but specializes in marine geomorphology and seafloor mapping, instantly saw this as a wonderful opportunity to utilize all the modern tools and technologies available to explore the Red Sea.

Fabio completed an undergraduate degree in Geological Sciences, majoring in Marine Geology, at the University of Milano-Bicocca in Milan, Italy. This was followed by a Master's degree in Geological Sciences and Technologies and a Ph.D. in Earth Sciences at the same university, where he conducted research in collaboration with the Italian National Inter-University Consortium for Marine Sciences (CoNISMa). This was followed by a three-year postdoc before joining KAUST as a research scientist.

"Generally, when people think of a marine geologist, they think you are in the oil and gas field," says Fabio. "That's not mine. I am a geomorphologist." Geomorphology is a field of geology that studies the Earth's surface and how the surface is modeled, and the processes that create those morphologies. As some morphologies are constructed by organisms such as coral, coralline algae, and bryozoans, in features known as bioconstructions, Fabio is collaborating with marine biologists at the RSRC. "My field of expertise is mapping — seabed mapping and habitat mapping — so mapping all the features that are creating morphologies on the seafloor," Fabio explains.

"In the Mediterranean Sea where I worked previously, I was involved with several projects working on the seabed and habitat mapping for the European Union," said Fabio. "We used small boats, big boats, vessels, and various instruments to map the seafloor to try and understand how these morphologies are distributed all around the continental margins and whether there are any issues in terms of habitats or geology (for example, habitat deterioration or geological hazards) that we need to be aware of."

Seabed mapping is not only an important tool to highlight potential risks to coastal development from a geological point of view (tsunami risk, for example) but also to help protect biodiversity by knowing where to create marine protected areas in order to protect marine biodiversity, Fabio points out.

"I started working on habitat mapping of deep sea coral in the Mediterranean Sea and of reefs created by algae during my PhD in Italy, mapping their spatial distribution to try and understand why they are located there," says Fabio.  "Here in the Red Sea, I am doing the same thing but in a different habitat — looking at shallow coral reef systems, reef bioconstruction made by algae, and we have also found deep sea coral. It is important to know what is down there so that we can explain to the Saudi Arabian Kingdom that the mesophotic and deep Red Sea is basically unexplored but is made up of diverse habitats that support a diverse range of marine life, and that sensitive habitats need to be protected in order to protect this biodiversity," Fabio explains. "With the push to develop the coastline and an increase in cargo ship traffic, it's important to know where these different habitats are located and which ones are vulnerable so we can protect and manage them appropriately," he says.

After completing his MSc., Fabio worked as a marine technician. Having this technical background has proven to be a big advantage for him as he is able to focus on the technologies and how they work, allowing him to prepare the vessel, load the necessary equipment, conduct the survey and then analyze the data sets, which are divided into two categories: 1) remote sensing dataset; and 2) ground proofing the area that has been mapped with remote sensing.

Fabio uses different methodologies for mapping the seabed in shallow and deep waters. "The types of technologies I use depend on the depth being surveyed," says Fabio. "For very shallow depths, I will generally use small boats, drones, and scuba. When I go deeper, I use bigger boats that can accommodate more equipment, such as underwater robots, underwater drones, big sampling equipment, sonar, and echo sounders — technologies that can take various types of samples and provide a variety of information on the sea bottom and water column."

While Fabio's primary focus is on seafloor morphology, he also needs to sample physical parameters of the water column (temperature, salinity, oxygen, etc.), as these physical conditions affect the distribution and condition of seafloor habitats. "This means I get to collaborate with biologists, oceanographers, and scientists from other scientific disciplines, which is really special," says Fabio.

"Currently, around 80% of the world's ocean is not mapped and only 7% of our oceans have been declared marine protected areas," says Fabio. "We, therefore, know very little about our oceans, so it’s important to provide maps that can provide us with a baseline of what features and communities are on our seafloor. Having a clearer picture of what's down there will help us to manage these habitats more effectively," he explains. "Do we need to avoid them or protect them, or are there any potential resources that we can use without impacting the seafloor?" Fabio says that it's also important for policy makers to know if there are any geological features on the seafloor that could pose a potential risk to coastal communities, such as tsunami risk for example, so they can take precautionary measures to mitigate against these risks.

"The seabed of the Red Sea is relatively unexplored and unknown, especially the deeper regions of the Red Sea," says Fabio. "My aim is to find out what type of processes, habitat, and seabed we have in the deep Red Sea. Is there a link between the deep and shallow regions? There are so many theories of how changes in temperature or salinity, for example, have affected the vertical distribution of organisms such as coral in past," says Fabio. "But we don't really know what is in the deep."

Fabio's main goal is to provide the Saudi Kingdom with high resolution maps of seabed morphologies and habitats to help give them a clearer picture of what is down there and ultimately help them to better manage the marine environment of the Red Sea. He also hopes to learn more about the evolution of the red sea, which is rather complex. "The Red Sea has been closed over geological times so many times, so has been separated from the Mediterranean Sea and the Indian Ocean, creating different conditions such as higher temperature," says Fabio. "It’s important to understand how this works from a geological point of view, but also how it affects organisms and biota changes," he explains. "This knowledge can help us better understand how rising ocean temperatures affect how organisms behave. Do they adapt or not?"

"With seawater temperatures of 20 degrees C down to 2000 meters, the Red Sea is a perfect setting to study the potential impacts of climate change on the marine environment," Fabio explains. "Other areas in the world may be faced with these conditions in the future, we don't know, but it’s certainly a possibility."

Fabio arrived at KAUST a year later than he had planned to due to COVID-19 lockdowns back home in Italy, so has only been at the RSRC for 18 months now. When asked about his future plans, he said: "I am really enjoying collaborating with the marine biologists in my lab, as well as with scientists from other fields in KAUST. As there is still plenty to explore here in the Red Sea, I am hoping I can continue my work here mapping the Red Sea seafloor."