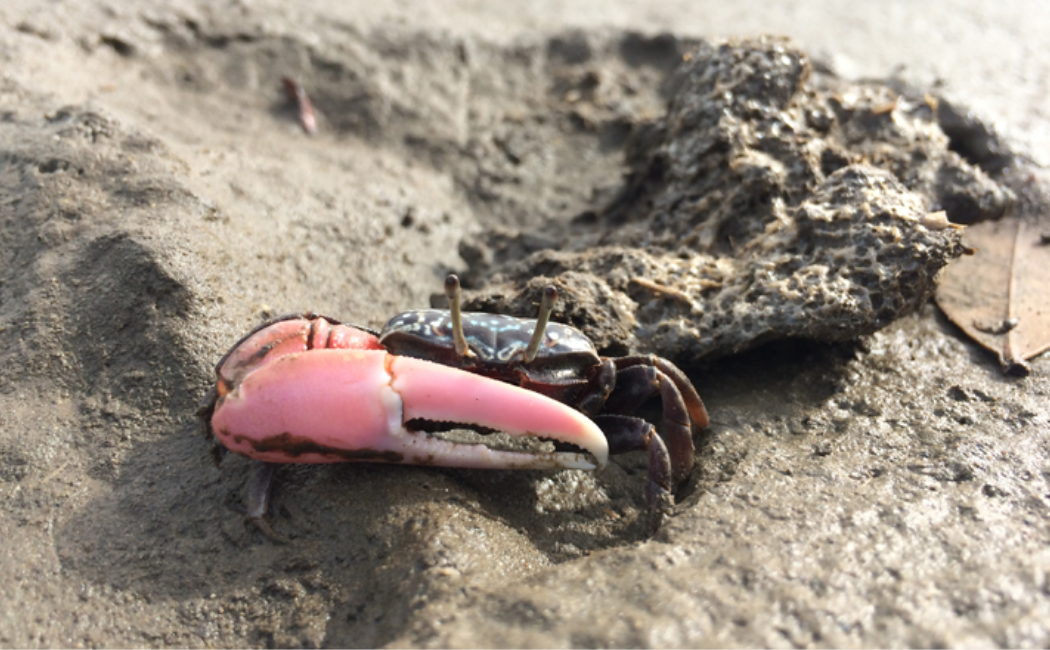 Fiddler crabs and other burrowing creatures could support the future of nutrient-deficient soils of dried-up mangroves.

Plant growth in arid mangrove forests is limited by a lack of rainfall, poor nutrient availability and high soil salinity. “Mangroves are the most efficient ecosystem in the world at absorbing carbon dioxide and therefore fighting climate change,” says marine scientist Marco Fusi. As global warming puts pressure on these essential ecosystems, biologists are investigating ways to improve their resilience.

“Arid mangroves are challenging environments that offer a unique opportunity to study how plants and animals have adapted to cope,” says marine microbiologist Jenny Booth.

Soil bacteria play a major role in processes that sustain plant growth, such as transforming dead vegetation into useful nutrients. Despite its importance for the health of forest habitats, the sediment microbiome of mangrove ecosystems has been largely overlooked. Mangroves are home to a multitude of animals, from worms to lobsters, that live and burrow in the sediment.

A team led by Booth and Fusi investigated whether soil disturbance, or “bioturbation,” by fiddler crabs affects the microbiome, and therefore plant growth, in an arid mangrove system on the Red Sea. “The rationale behind this research is that the continuous soil reworking by the ‘animal engineers’ creates an ‘oxygenation halo’ around the burrows, which makes the sediment more hospitable to bacteria that, in turn, help the plant with nutrients,” says principal investigator Daniele Daffonchio. 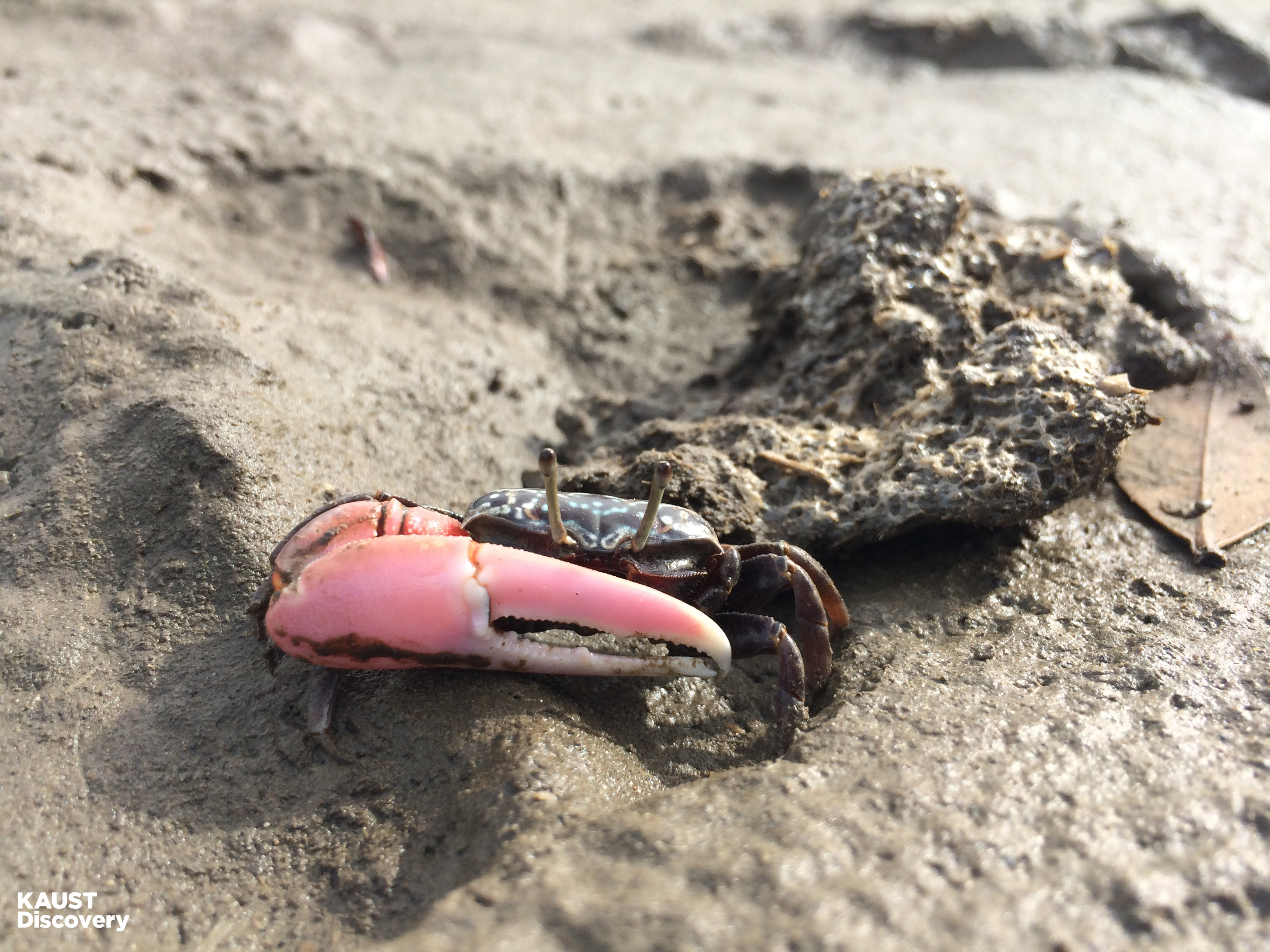 When fiddler crabs burrow into mangrove soils, they help to distribute nutrients and beneficial bacteria throughout the soil, as well as positively impact soil salinity and pH. © 2022 KAUST; Marco Fusi

The team compared 10 plots isolated by fences, with half containing extra crabs brought in from nearby mangroves. “Fiddler crabs show high fidelity when settling a new area,” says Booth, “so once they had dug their burrows, we could remove the fences.” The enriched plots contained more than 100 crabs per square meter, compared to around 30 in the nonenriched plots. data-sf-ec-immutable="">

“We found a strong effect of bioturbation on soil pH and salinity,” says Fusi. “In some cases, bioturbation can reduce salinity, thereby alleviating the salt stress on the plant.” 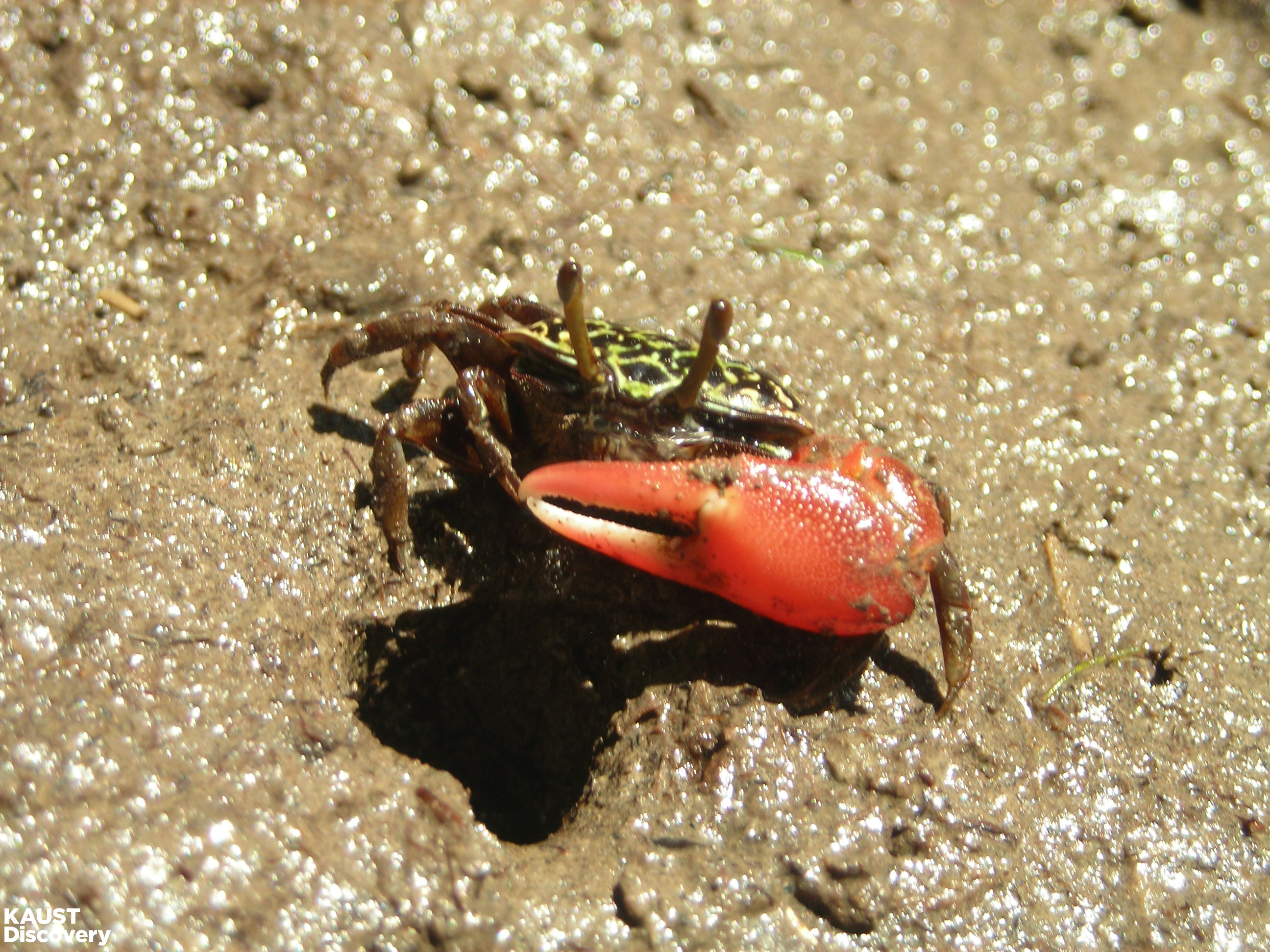 Fiddler crabs may play a crucial role in boosting mangrove resilience in the face of climate change. © 2022 KAUST; Marco Fusi

They also identified a bounty of beneficial bacteria in the enriched plots, including several Gammaproteobacteria and Alphaproteobacteria that produce chemicals essential for trapping iron in the sediment. "Red Sea mangroves are iron deficient, so bacteria that help deliver iron to the trees can improve their growth", says Fusi.

Next, the team will assess whether bioturbation impacts the settling and growth of mangrove seedlings. “Understanding how bioturbation affects the microbial community is extremely important to drive nature-based solutions to protect, restore and conserve mangroves,” says Fusi. “Our findings suggest that maintaining conditions that favor fiddler crabs could help arid mangroves thrive under changes imposed by global warming,” adds Booth.