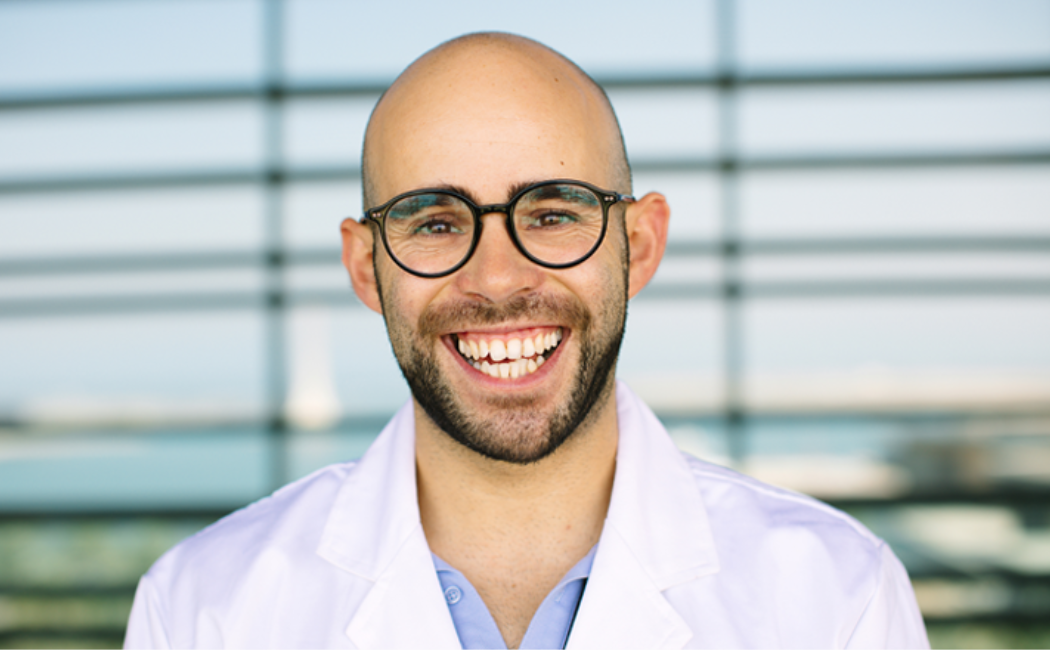 "Differences in the photoprotection between fish species can also be related to the acquisition - usually through diet, of UV-absorbing compounds (e.g., mycosporine-like amino acids), which is not the case of farmed fish.”

Solar Ultraviolet B (UVB) radiation is emerging as a largely overlooked, but prevalent stressor in the marine environment. The extreme transparency of the Red Sea, leads to high penetration of UVB rays, with known deleterious effects on the health of sea organisms.

As such, today we talked to Dr. Ricardo N. Alves, a research specialist from the Biological Oceanography Lab of Prof. Susana Agustí's group, which focuses on the effects of solar UVB radiation as a stressor in fish from offshore aquaculture. He is particularly interested in those species grown in cages in oligotrophic waters that receive high levels of UVB, such as the ones in the Red Sea. He and his group evaluated how UVB exposure modulated oxidative stress differently in gilthead seabream (Sparus aurata) and European seabass (Dicentrarchus labrax), two commonly farmed fish.

He measured Lipid Peroxidation (LPO) in different fish tissues, to evaluate the damage induced by Reactive Oxygen Species (ROS); and, saw differences between the two types of fish, such as in the skin. The skin of seabass showed more increased tolerance to UVB deleterious effects, and he explained us that “several factors may have contributed to an increased protection level of seabass skin to lipid peroxidation, including epidermal cell types (e.g., melanin-producing cells) and mucous composition”. Furthermore, “changes in the epidermal morphology owing to UVB exposure, including hypertrophy or hyperplasia of large cells, can also increase epidermal thickness and might have contributed to the seabass skin's apparent protection”. 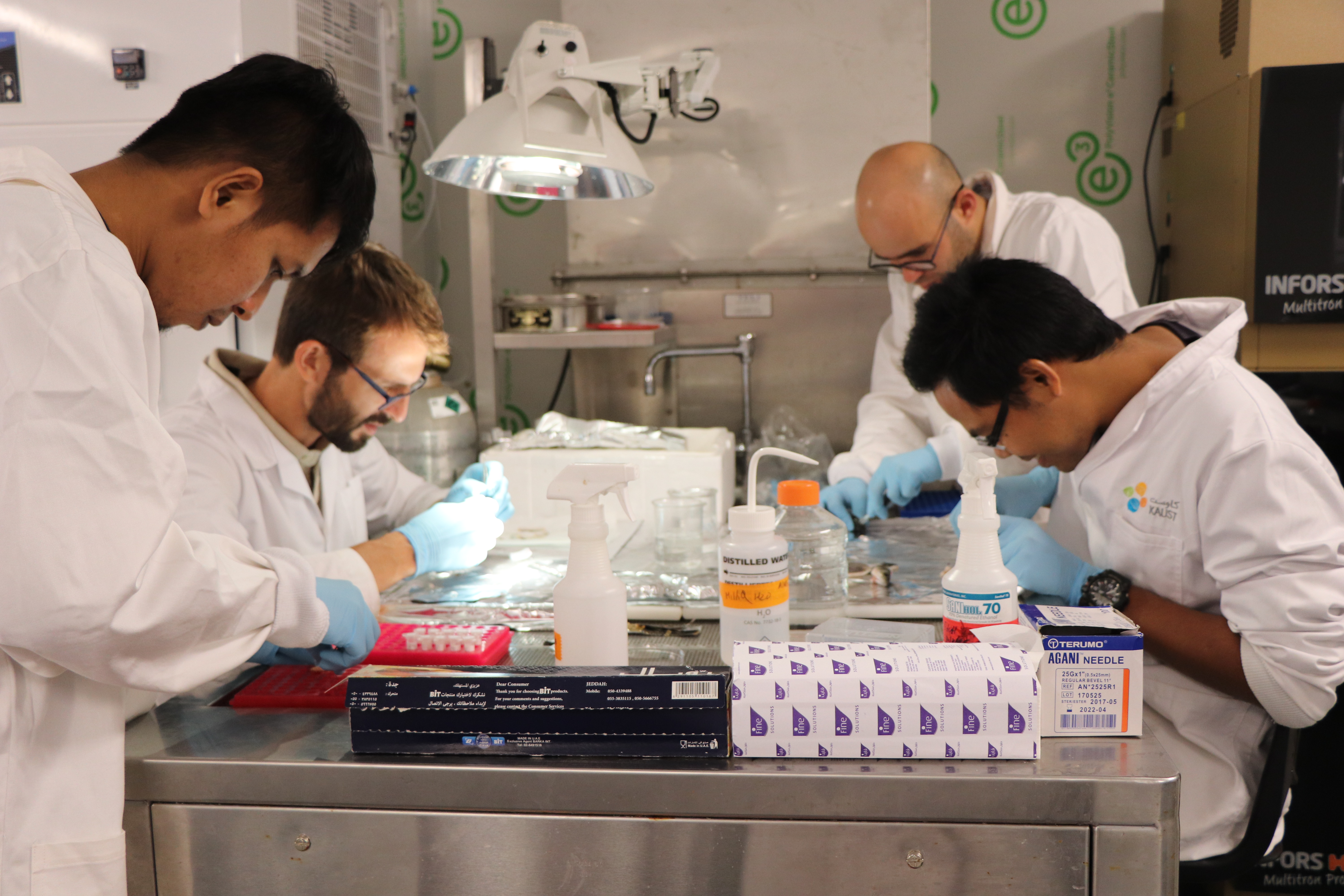 The group is currently evaluating the skin histomorphology of both species, and he hopes that such results will help them find answers to explain the differences seen. A theory proposed by Dr. Ricardo N. Alves is that antioxidant defense mechanisms might be different between the two species. We also wondered whether this might affect the nutrient quality of the fish, to which Dr. Alves explained that “even though there is no direct evidence that UVB will directly have an effect, it would be interesting to evaluate if UVB exposure would result in changes in Omega-3 long-chain polyunsaturated fatty acids (n−3-PUFA), iodine, and selenium - which are recognized as beneficial to human health, playing essential roles in the prevention of chronic diseases”.

Dr. Ricardo N. Alves also emphasized that “in the case of wild fish, differences in the photoprotection between species can also be related to the acquisition - usually through diet, of UV-absorbing compounds (e.g., mycosporine-like amino acids), which is not the case of farmed fish”. Since these UV-absorbing compounds are generally detected in the epidermal mucous, wild fish have an extra layer of protection that is lacking in aquaculture fish. That is the reason why KAUST researchers are also working on improving feeding formulation and considering using feed additives (e.g., probiotics, microalgae) to enhance farmed fish growth and robustness, especially during stressful conditions. 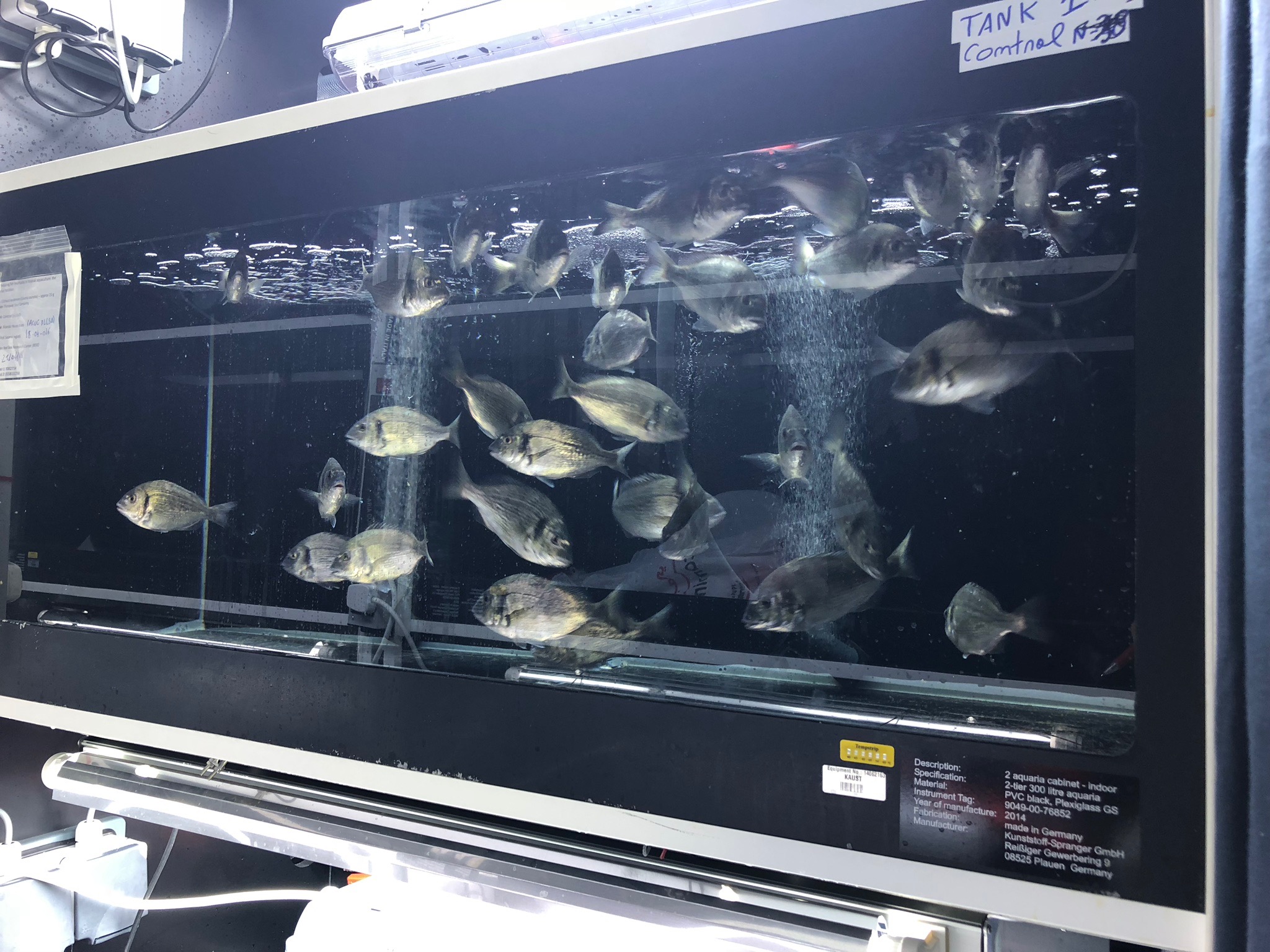 Because of these reasons, Dr. Ricardo N. Alves further explained us that a partnership between the Ministry of Environment, Water and Agriculture (MEWA) of Saudi Arabia and KAUST was established to improve marine technology, and achieve the strategic objectives embodied in the KSA Vision 2030 agenda of the Saudi government; namely, to develop better adapted farming conditions in floating marine cages in Saudi waters along the Red Sea coast. He told us that “the Asian seabass Lates calcalifer culture is currently at full cycle - i.e., with well-established breeding and hatchery capabilities to support grow-out operations; while, the hatchery technique for gilthead seabream Sparus aurata remains under development”. In fact, these two cultured species seem to be already well-established at several locations; and, are well accepted by seafood consumers in terms of taste and quality. Dr. Ricardo N. Alves also told us that other candidates might be on the menu in a couple of years, like coral trout, giant trevally (Caranx ignobilis), pompano (Trachinotus blochii), mangrove snapper (Luthanus argentimaculatus) and sobaity seabream (Sparidentex hasta) – hmmm… we can’t forget to give them a try next time we see them at Safeer fish restaurant! 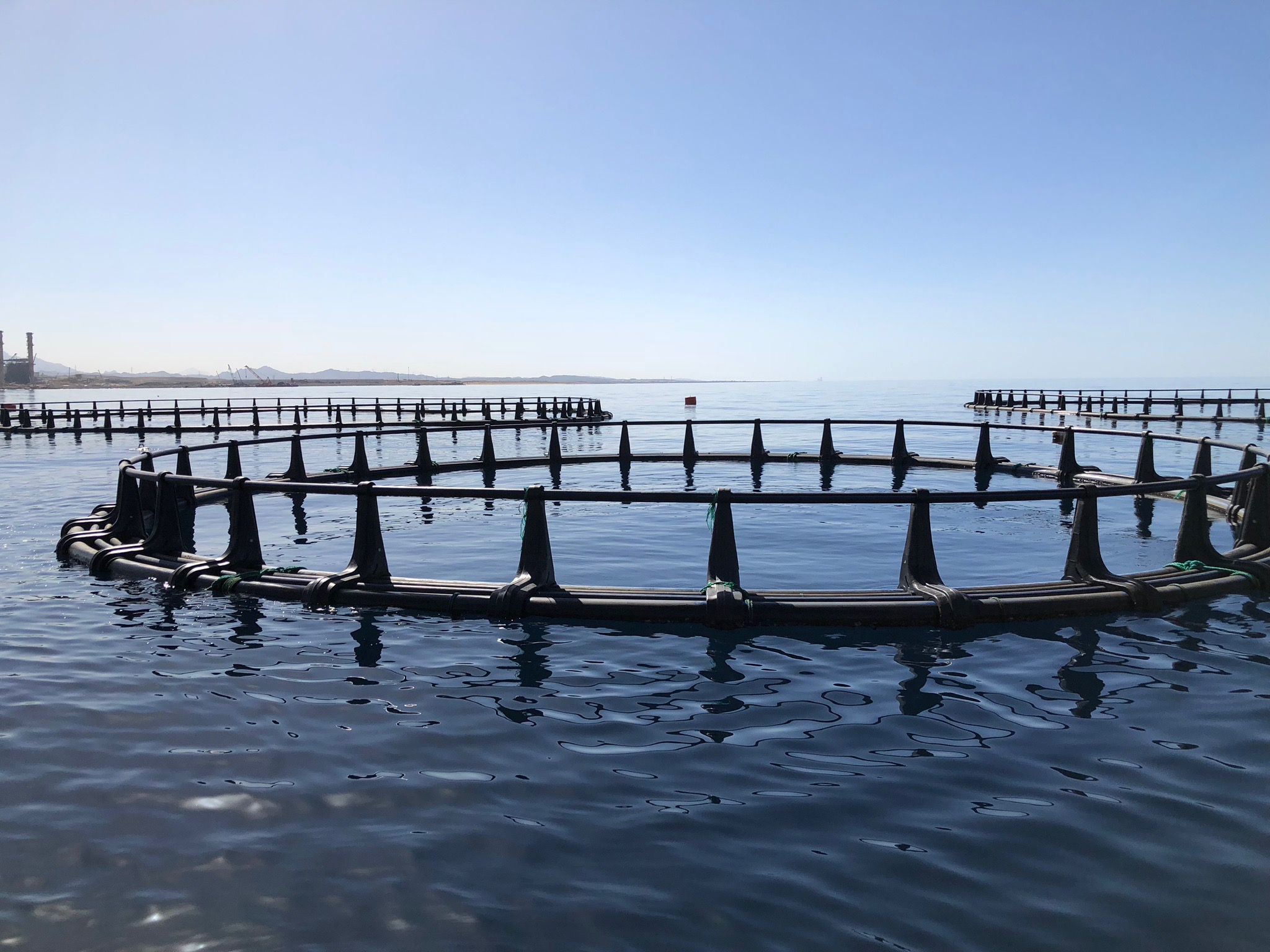 When looking at the future and the current world challenges faced with global warming, Dr. Ricardo N. Alves reiterated the negative impacts of the interaction with increased temperature compared to UV radiation exposure alone. In his words “this interaction can result in antagonistic, synergistic, or additive effects that affect fish physiological status, growth, or survival. In some cases, the combination of temperature and UVB interacting synergistically to suppress the fish immune system and metabolism, increasing its susceptibility to pathogens”. He and his group plan to conduct experiments to evaluate such impact and help find solutions for the near future.

The multicultural environment and the friendly KAUST community impress Dr. Ricardo N. Alves the most; and, after five years in Prof. Susana Agustí Biological Oceanography Lab, he is still exploring all the facilities, resources, and technology KAUST has to offer. He feels he has a new family – his „KAUST family, which continues growing every day”. 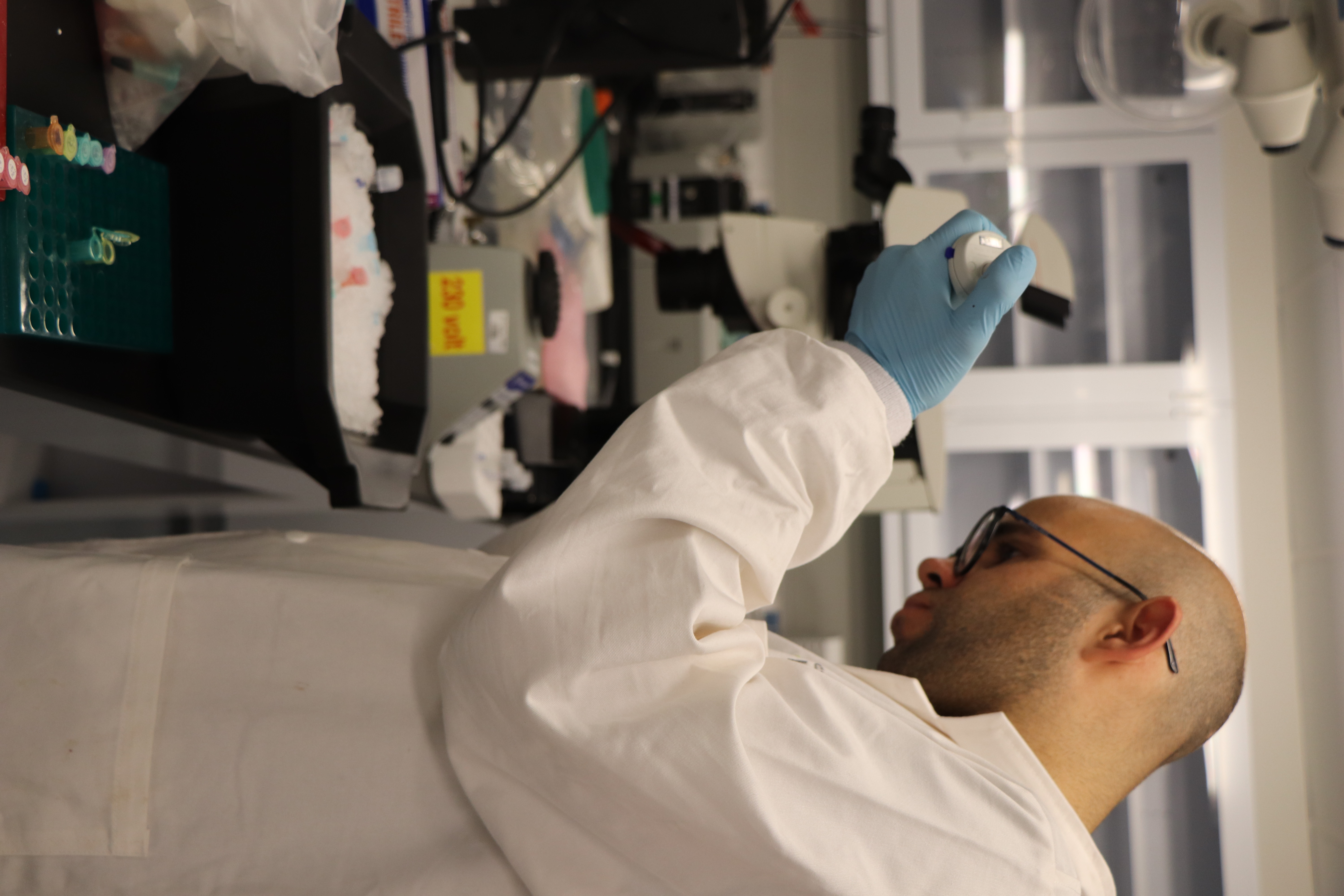