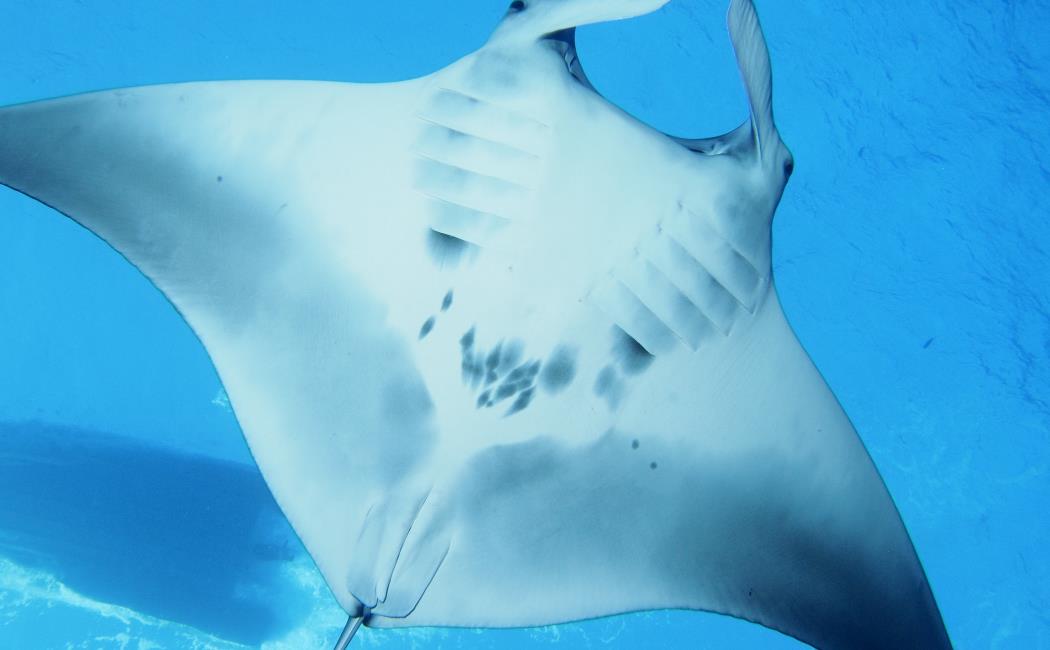 What started as a simple desire to understand more about oceanic manta rays (Mobula birostris) in the Red Sea led KAUST colleagues Anna Knochel and Alexander Kattan and co-workers to complete a survey of these creatures with the help of holiday snaps taken by members of the public on diving trips.

A silver lining of the pandemic was the opportunity provided by lockdowns to carry out this project. Unable to collect data in the field, the team had to find creative ways to gather the data that they needed. The lockdowns also provided the team, and the recreational divers who collaborated with them, with more time to sort through the data that they already had.

“As marine scientists, we cannot possibly be everywhere at once, and tagging and monitoring wide-ranging marine megafauna is a challenging and expensive business,” says Knochel. “Like many other divers, both Alex and I are enthralled by our encounters with oceanic manta rays. We recognized the challenges of investigating mantas in the Red Sea and decided to take a different approach to this initial survey.” 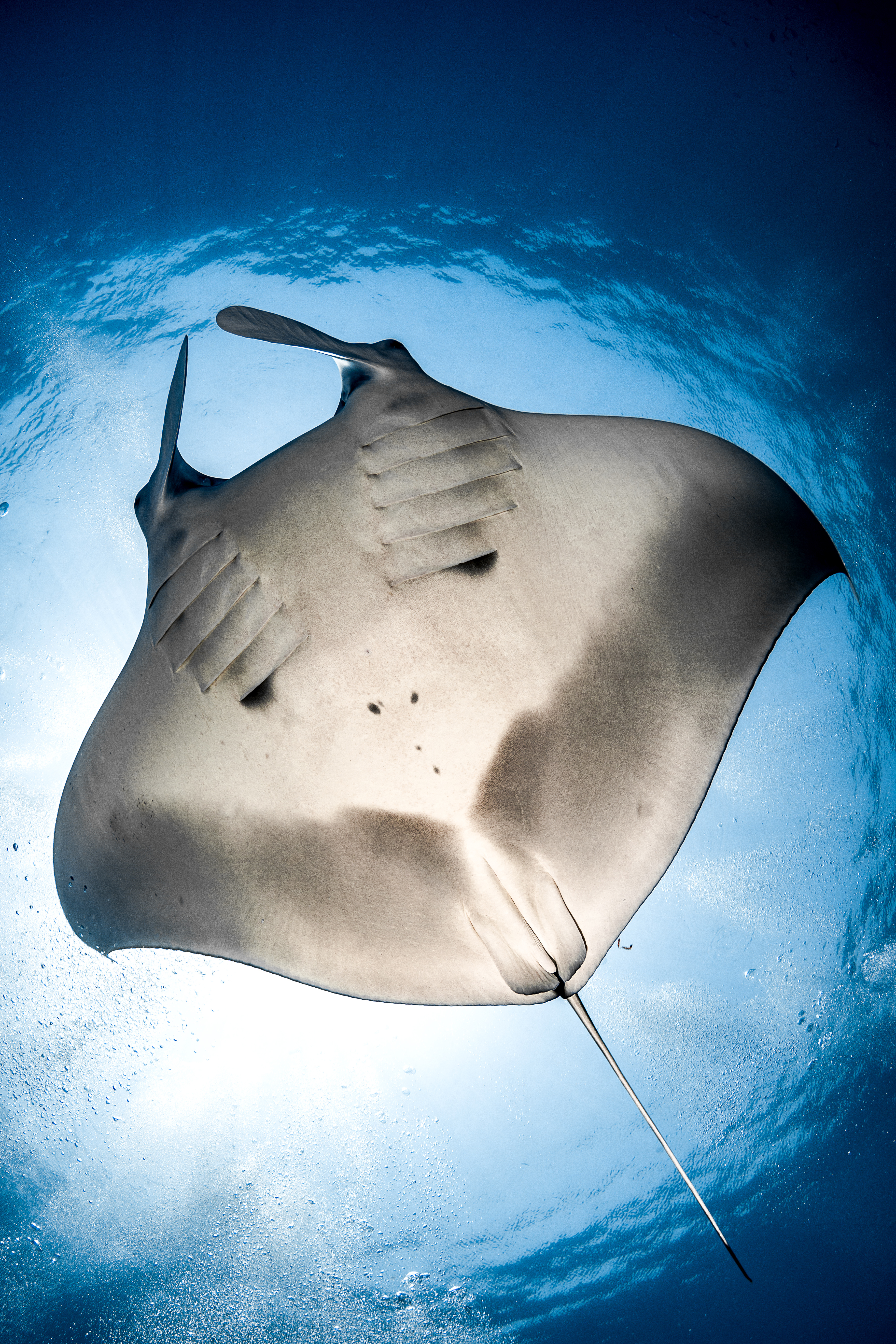 The researchers came up with a plan to identify as many oceanic manta rays as they could from photographs taken in the Red Sea region. They began with their own pictures, but, given that Kattan had been regularly diving in the Red Sea for eight years and only four times had encountered oceanic manta rays, they knew they had to expand their dataset.

“Oceanic mantas are captivating, enigmatic and incredibly popular among divers and people who travel to watch marine wildlife across the world,” says Kattan. “The rise of social media means that we could access visual data and evidence of manta ray sightings from the general public – all we had to do was search for them.”

Kattan reached out to his diving network and beyond, spending considerable time persuading complete strangers on social media to hand over pictures they had taken on their holidays. He also asked for as much detail as people could remember regarding the date, time and location of the encounter.

“As an incentive, we offered people the chance to name any new rays that we found in their photographs,” says Knochel. “Most people were simply excited to be asked to share images for a scientific study. We got a really good response, possibly because so many were at home with time to search for pictures and remember past holidays.”

Fortuitously, the team happened to watch an online seminar by Elke Bojanowski, a marine scientist and divemaster based in Egypt, that showed her extensive archive of images of local marine life. When approached by the pair, Bojanowski was delighted to contribute her own images. Similarly, the Manta Trust charity also provided additional images and sighting details.

Knochel then had the immense task of meticulously searching through the collated database of photographs to identify individuals from the unique spot patterns on their bellies. From 395 sightings across the Red Sea region, the team identified 267 individuals, including 58 juveniles. 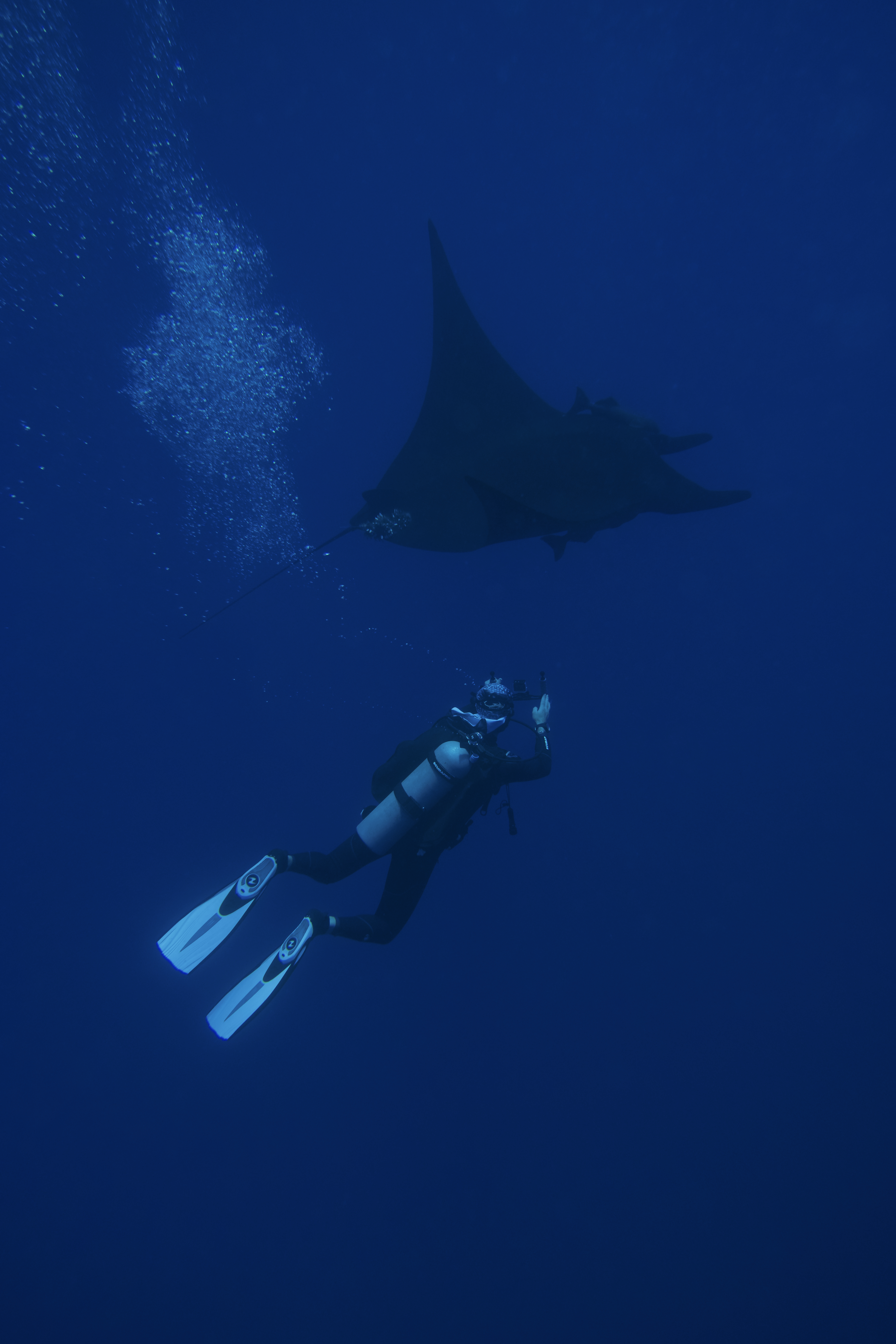 Alexander Kattan during an encounter with a manta ray in the Red Sea. ©Sami Kattan

Perhaps most exciting of all, the high percentage of juveniles that were largely concentrated around Sharm El-Sheikh in Egypt suggests there may be a nursery ground in the Red Sea. This would represent a rarely documented critical habitat for the endangered species. Currently, the only known nursery ground for oceanic manta rays in the world is in the Gulf of Mexico.

“Many of these findings would not have been possible without the citizen science component,” says marine scientist Michael Berumen. “The contribution of citizen science to wildlife research adds great value, but until very recently, there was greater participation in terrestrial projects than in marine projects. Widespread availability of user-friendly waterproof cameras enables almost every diver to capture and share their observations. The proliferation of social media allows these observations to be discovered by anyone with the right search terms.”

However, outreach efforts are required to educate the diving community, by describing how they can properly photograph and report mantas and other megafauna for the scientific community. This is the next step for the KAUST team – to create educational resources to help the general public take consistent and useful photographs. They plan to invite local Saudi diving centers to display posters showing how to do this, in the hope that the next citizen science project will generate even better data.

“We find that people love to contribute to science, and it can add real value to their hobby,” says Berumen. “The mutual excitement generated between scientists and the public is also hugely valuable in terms of boosting ecological knowledge and the desire to protect marine creatures and their ecosystems.”

“The Red Sea remains understudied and represents an incredible resource,” adds Kattan. “In Saudi Arabia, the country with by far the longest Red Sea coastline, the diving and tourism industries are still relatively young. The country has a brilliant chance to set up sustainable eco-tourism and incorporate citizen science into the industry.”

“I am so grateful to everyone who contributed to this project. It will be amazing to see where this research takes us next,” says Knochel.