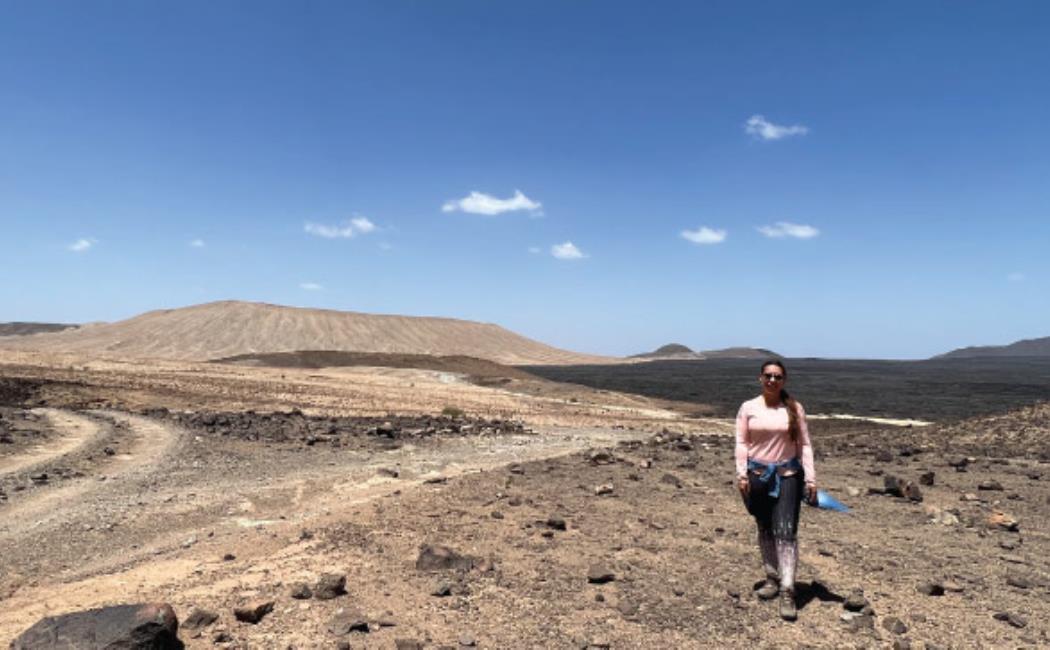 A comprehensive analysis of bacterial communities from Deception Island, an active volcano in Antarctica, highlights the potential for using heat-loving bacteria to clean up oil contamination, new research led by KAUST researchers shows.

Júnia Schultz recently joined KAUST as a postdoc working with Alexandre Rosado. She has set her sights on characterizing the microbiome of extreme terrestrial environments in Saudi Arabia, including volcanoes, deserts and geothermal sites. These extremophiles, bacteria that grow in the world’s most extreme environments, including those that love heat (thermophiles), hold immense potential for a myriad of biotechnology applications. 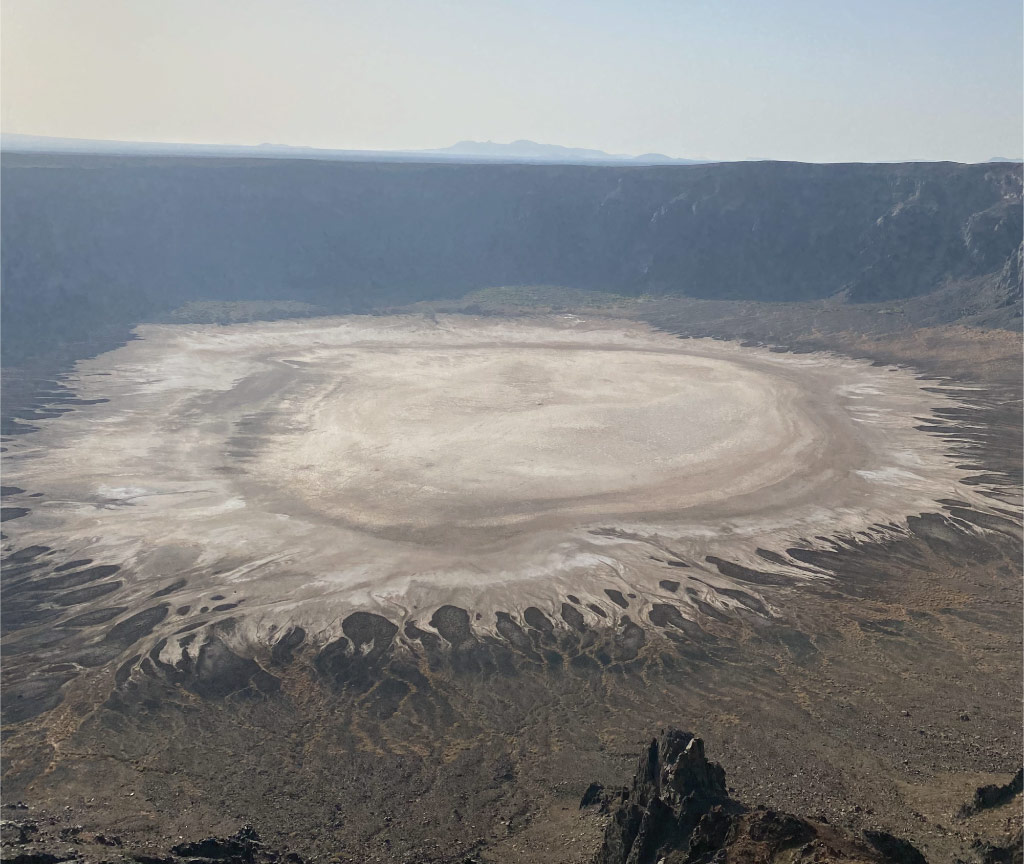 “Extremophiles thrive under a multitude of hostile conditions and have adapted to remain metabolically active in challenging circumstances,” says Schultz. “They exhibit versatile, diverse metabolic and physiological capabilities and often synthesize valuable bioproducts.”

Such bioproducts include enzymes and bioactive compounds that can be used in industries such as agriculture, pharmacology and even space exploration. Extremophiles could also provide a safe and efficient method of cleaning up oil contamination.

“Certain bacteria eat petroleum as a source of carbon, nutrients and energy,” says Schultz. “To do this, they first secrete surfactants — substances that break the oil’s surface tension — before absorbing the emulsified petroleum into their cells, where it is degraded via enzymatic activity.”

For her Ph.D., Schultz was curious to find out if such bacteria exist in the Deception Island volcano in Antarctica. This formerly pristine continent is now vulnerable to pollution, including oil contamination, and scientists hope to find sources of local bacterial communities with the potential to help with decontamination. 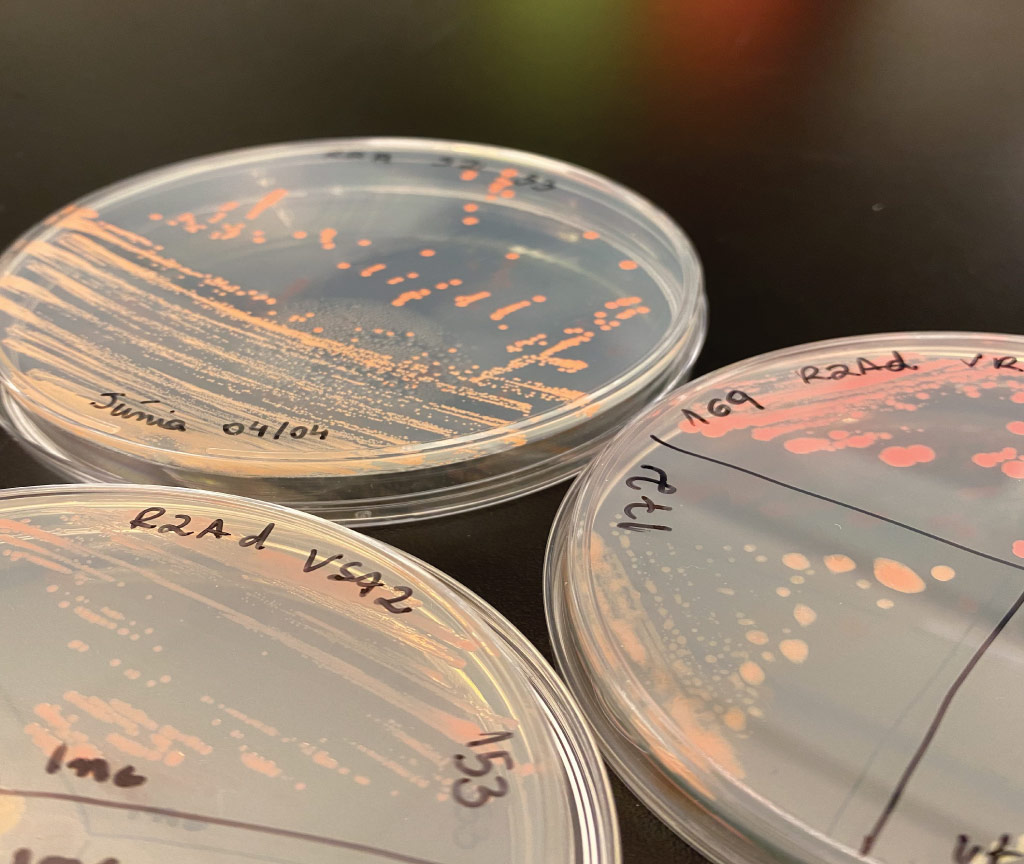 The team cultivated and performed genomic analysis on the bacterial strains that they collected from two geothermal sites.
© 2022 KAUST; Junia Schultz

“These thermophiles could provide valuable and interesting bioproducts, not just for oil decontamination but for many applications,” says Schultz. “However, it is difficult to mimic extreme environments in the lab to cultivate these bacterial strains. The cellular biomass of microorganisms is very low in extreme environments, making it challenging to extract DNA.”

After much persistence, the researchers were able to collect enough high-quality DNA to perform genomic analysis and to culture 126 bacterial strains. Particularly interesting were the genomic features and metabolic potential of seven strains of Anoxybacillus flavithermus.

The team identified genes related to genome stabilization under temperature fluctuations, heat- and cold-shock proteins, DNA repair against UV radiation and resistance to alkaline conditions, as well as genes for starch and cellulose degradation.

The team analyzed all 126 strains for their ability to produce biosurfactants and to degrade oil. Of these, 76 strains grew well in cultures with crude oil as the only carbon source. Thirty strains showed particularly good results for oil degradation; 13 of these also produced biosurfactants, including one strain of A. flavithermus.

Oil is one of the most complex pollutants on Earth, and the efficiency and efficacy of microbial degradation will depend on multiple factors, from local environmental variables such as temperature and pH, to the fractions, amount and composition of oil present at any given site.

“Complete understanding of local bacterial strains and their metabolic potential is critical to designing future approaches for tackling petroleum contamination, not just in Antarctica, but across the world,” says Schultz. “I am excited by the potential provided by extremophiles, and I’m looking forward to exploring Saudi’s extreme environments for novel bioproducts for all manner of applications.”