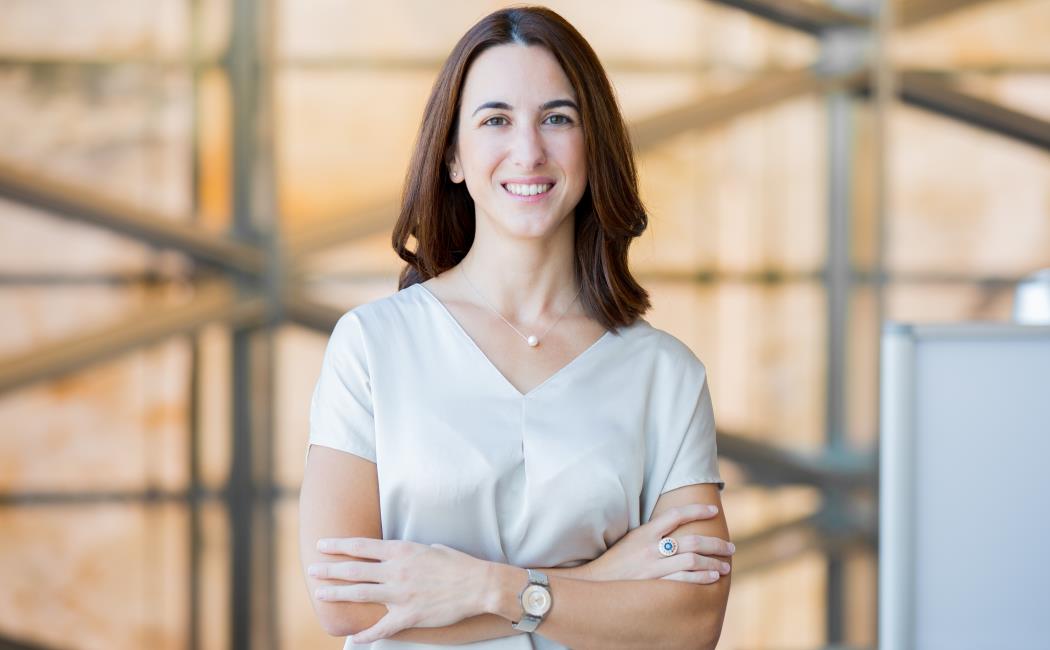 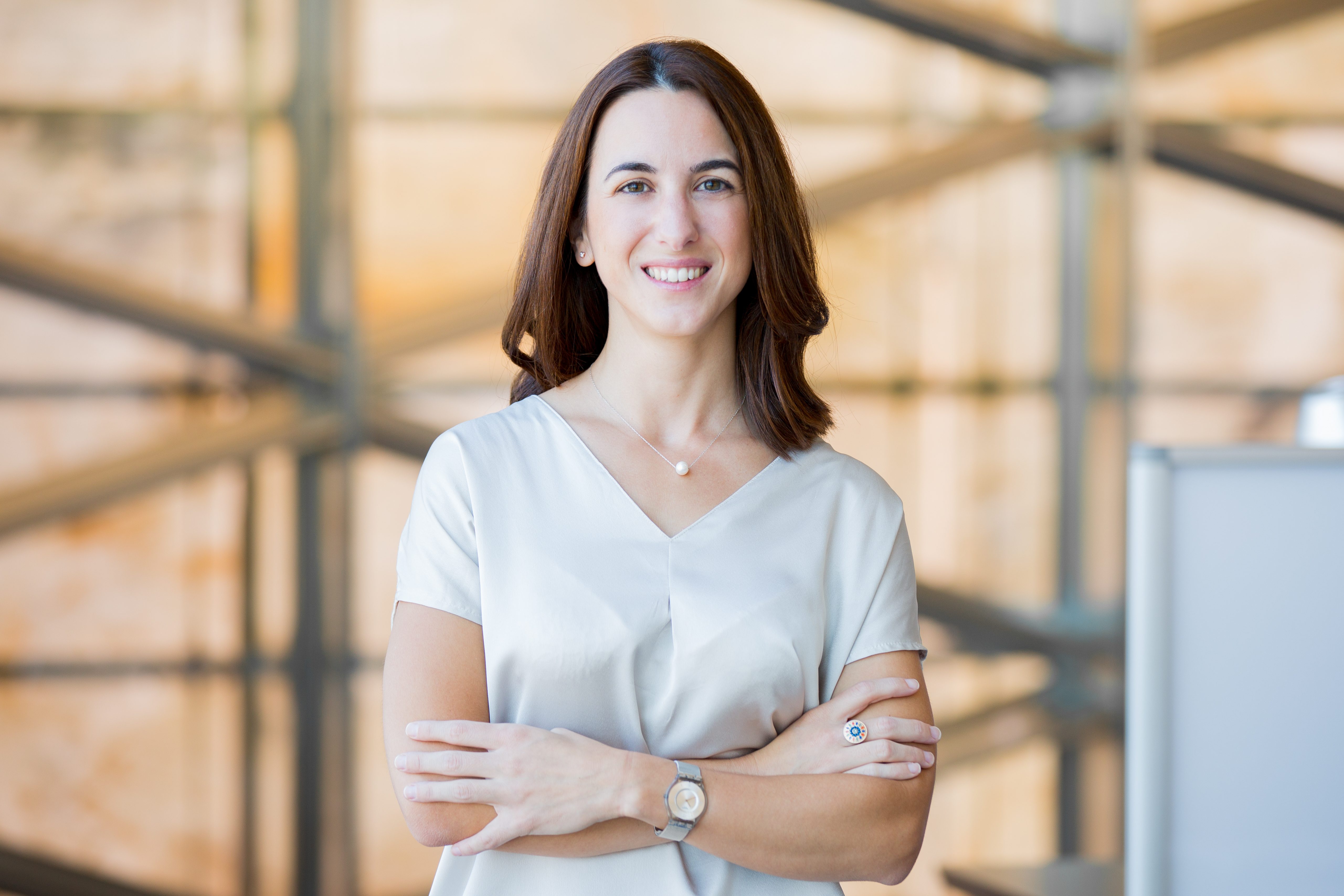 KAUST postdoctoral fellow Eva Aylagas Martinez first visited the University for a short time during her Ph.D. studies as part of a collaboration between KAUST and a European research project. Photo by Khulud Muath.

KAUST Red Sea Research Center (RSRC) postdoctoral fellow Eva Aylagas Martinez spent a large part of her childhood by the seaside in Alicante, the capital of Spain's 200 kilometer-long Costa Blanca coastline. Her childhood there nurtured in her a curiosity for nature and the environment, which led her to pursue a degree in biology at the University of La Laguna (ULL), Tenerife, in 2009.

After obtaining her bachelor's degree in biology, she also completed her master's degree in biotechnology at ULL. In 2012, Aylagas Martinez decided to undertake a master's degree in biodiversity and ecosystem management at the University of the Basque Country before completing her Ph.D. in molecular ecology at  AZTI, Sukarrieta, in 2017. Her Ph.D. proved to be the final stepping stone in an academic journey that would lead her to Saudi Arabia and KAUST.

"KAUST first came to my attention during my doctoral studies back in 2014. I came [to the University] on a short visit as part of a collaboration between KAUST and the European research project DEVOTES," she said. "I was very excited to be here and to learn of the great opportunities that KAUST could offer me as a postdoctoral fellow. After I completed my Ph.D., I had the wonderful opportunity to return to KAUST as a consultant researcher for six months, which eventually led to my current position in the RSRC." 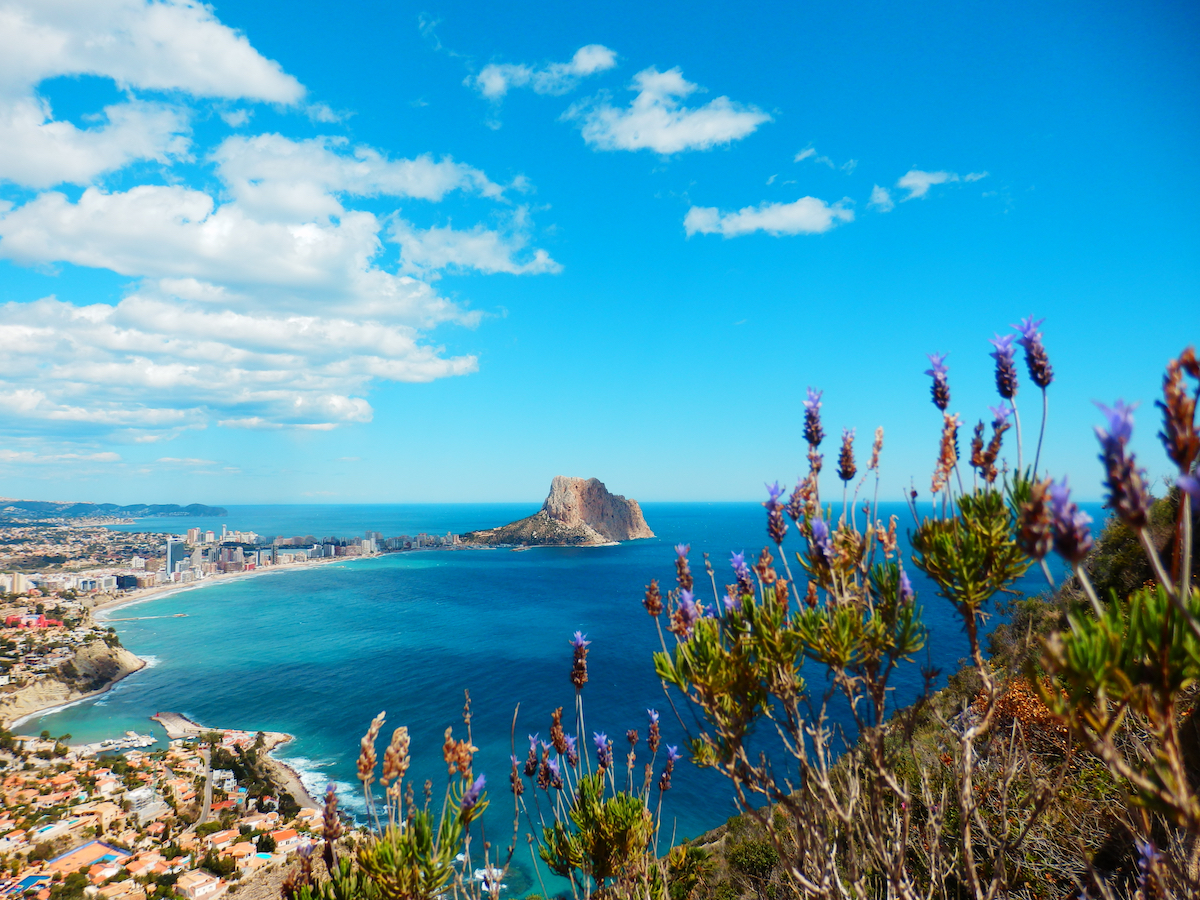 Postdoctoral fellow Eva Aylagas Martinez grew up along the coast of Alicante, Spain (pictured), and her childhood there nurtured in her a deep interest in nature and the environment. Image courtesy of Shutterstock

During her childhood, Aylagas Martinez noted that she didn't feel a burning ambition to become a researcher. However, what she didn't realize was that something greater was fueling and guiding her career path—a love of the marine environment and how humans treat it.

"What I knew then [in my childhood]—and what has motivated me since—is that I wanted to help to change the way we treat the marine environment," she said. "It took me awhile to understand that when you want to bring about change, you need to advance with baby steps.

"To me, this exactly is the essence of science: advancing in small steps by asking the difficult questions. And asking those questions again until you know definitively and with confidence that you have the right answers—and that these answers provide the basis for making the positive changes we all hope for." 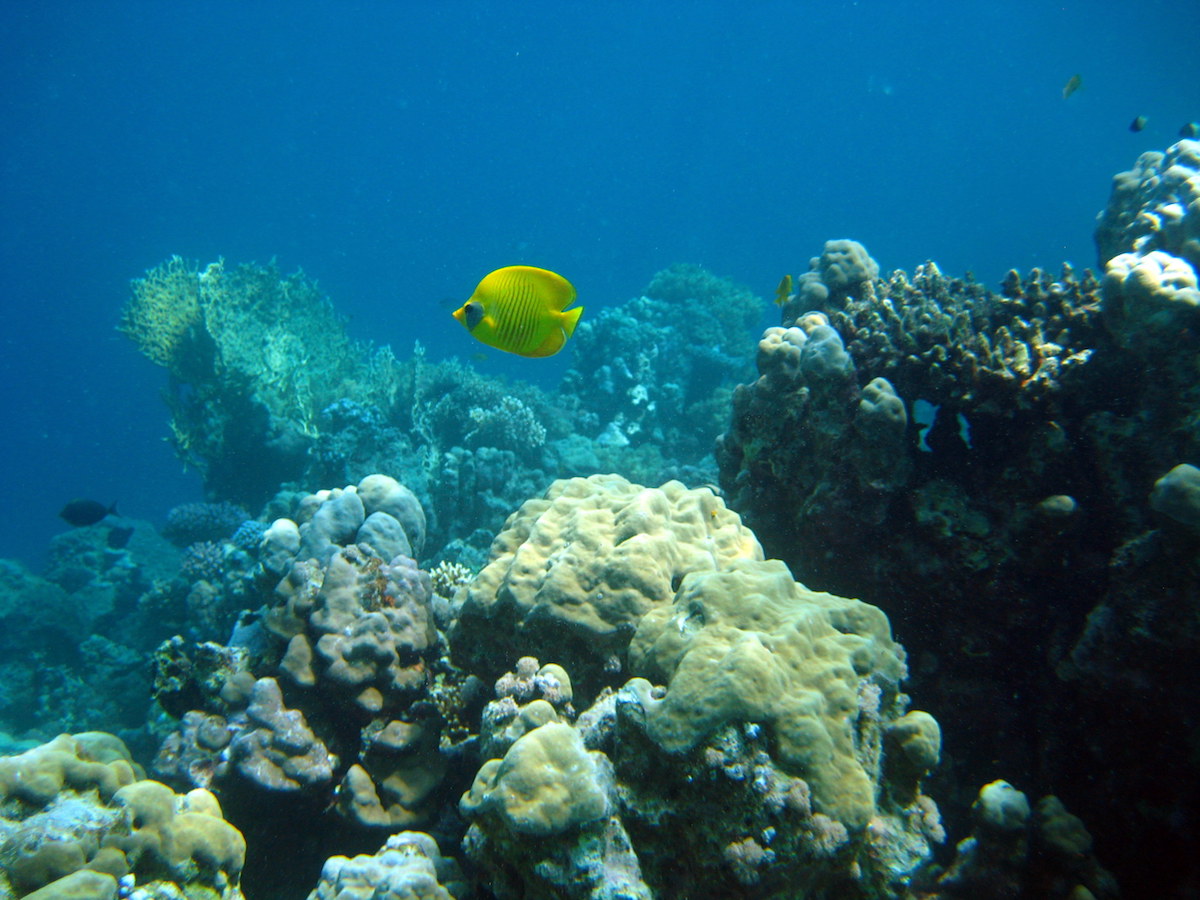 At KAUST, postdoctoral fellow Eva Aylagas Martinez focuses her research on the use of environmental DNA to detect changes in Red Sea communities of organisms resulting from anthropogenic activities. File photo.

In the RSRC, Aylagas Martinez is supervised by KAUST Professor Michael Berumen as part of his  Reef Ecology Lab team. Her research focuses on the application of novel molecular tools to study marine biodiversity. She focuses in particular on analyzing alterations in eukaryotic and prokaryotic diversity caused by anthropogenic stresses such as aquaculture or petroleum extraction in the Red Sea.

"We can use this approach to describe the diversity of a specific ecosystem, determine whether or not invasive species are present in local waters or monitor biodiversity changes due to anthropogenic impacts. Research using eDNA began about a decade ago, and nowadays, this tool allows researchers to catalog different species present in the ocean with high efficiency." 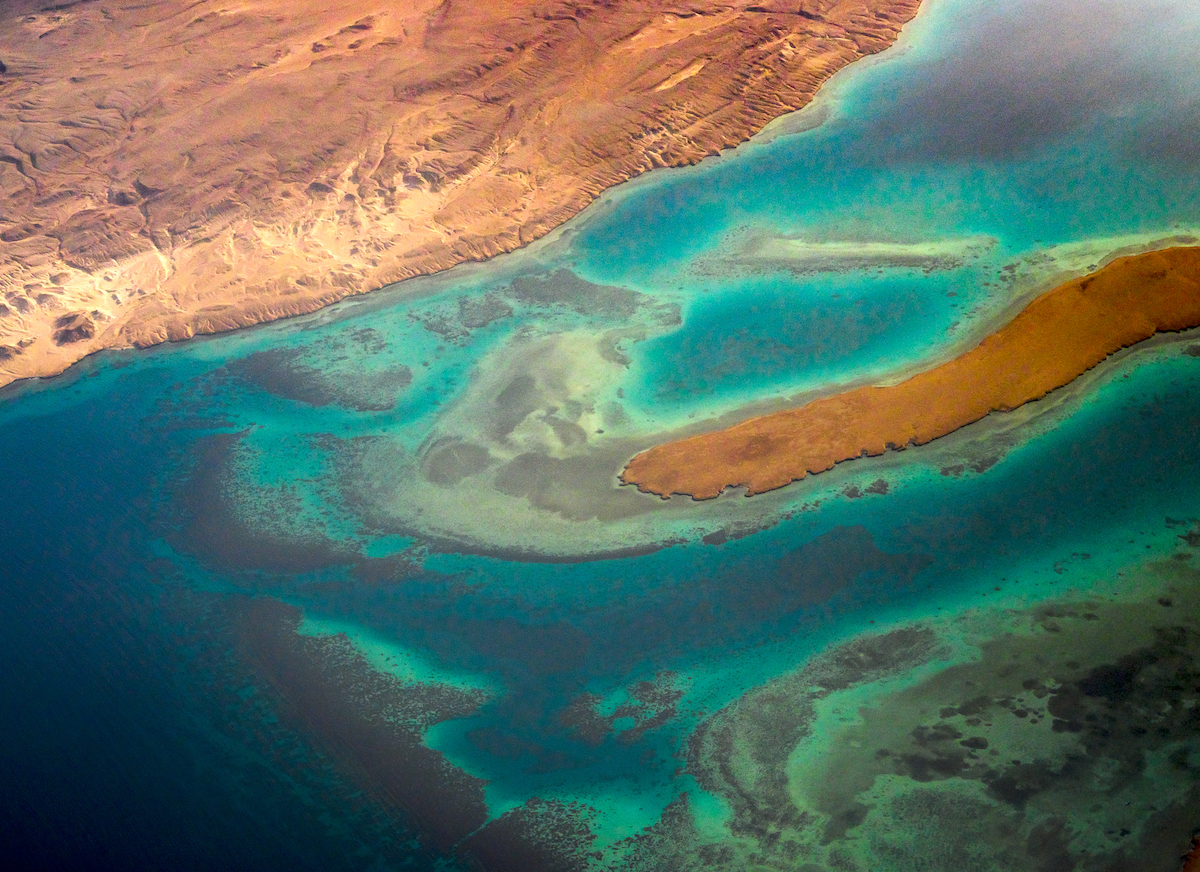 The broad-scale goal of Aylagas Martinez's research at KAUST is to develop and validate a robust monitoring method based on the use of eDNA to detect rapid community changes resulting from anthropogenic activities that can be applied in routine monitoring programs.

"This research has great potential to benefit Saudi Arabia—especially in the context of Saudi Arabia's ambitious Vision 2030 project and projected coastal development 'giga-projects,' which may ultimately fail to prosper if ecosystems are not well managed and protected," she noted. "By using eDNA-based tools to monitor marine ecosystems, we can help managers and policymakers to support adaptive environmental management practices.

"I hope that the ultimate outcome of my research will convince government agencies and industries to establish permanent eDNA-based monitoring programs. I understand that this will take time. However, at KAUST and in many universities, we are making a huge effort to test, refine and validate this versatile tool for different applications."

"For example, the tool we are developing can detect a single potential invasive species, which is important for biosecurity purposes, or [it] can characterize reef-associated fish communities, which is important for conservation purposes," she continued. "I believe that—with government and the private sector working closely with universities—we can accelerate the transition from promising scientific proof-of-concept studies to widespread adoption of these new robust molecular methods."