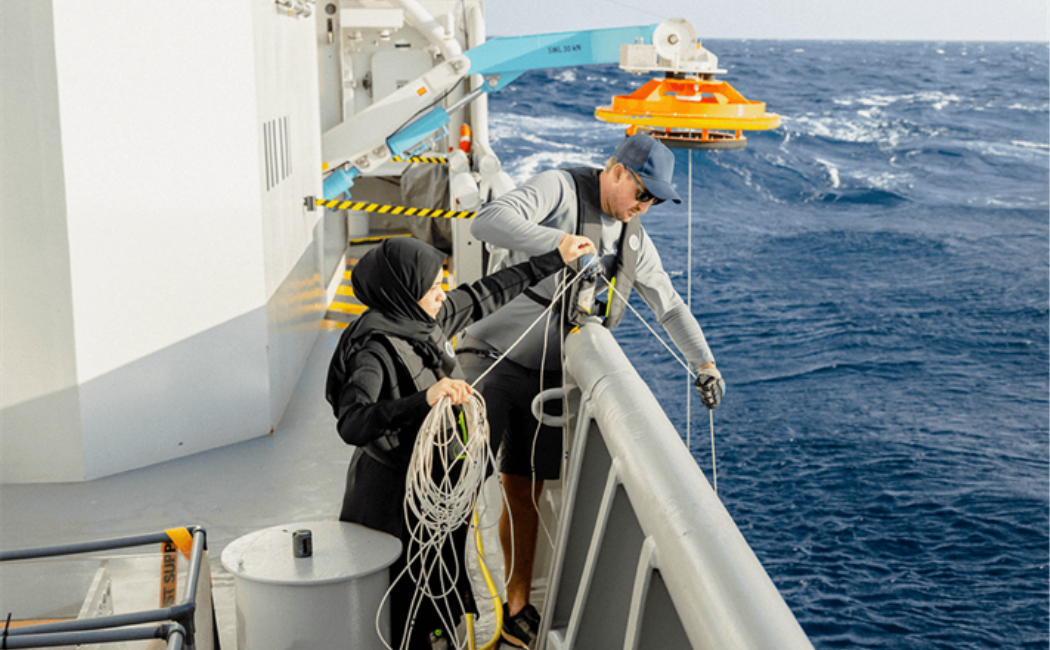 Not many Ph.D. students are mothers to four children while pursuing their dream to become a marine biologist working at sea.

As the only Arab woman working on Phase 1 of the OceanX mission, KAUST Ph.D. marine science student Afrah Alothman has broken many a glass ceiling and continues to push the bounds of what is possible for Arab women to achieve.

"It was a difficult decision to take, but I am pursuing my career ambitions for the benefit of my children," Alothman said. "I want them to be inspired to choose and follow their careers. When I call home, my children are excited to learn about the things I am doing, and sometimes even talk with scientific words!" 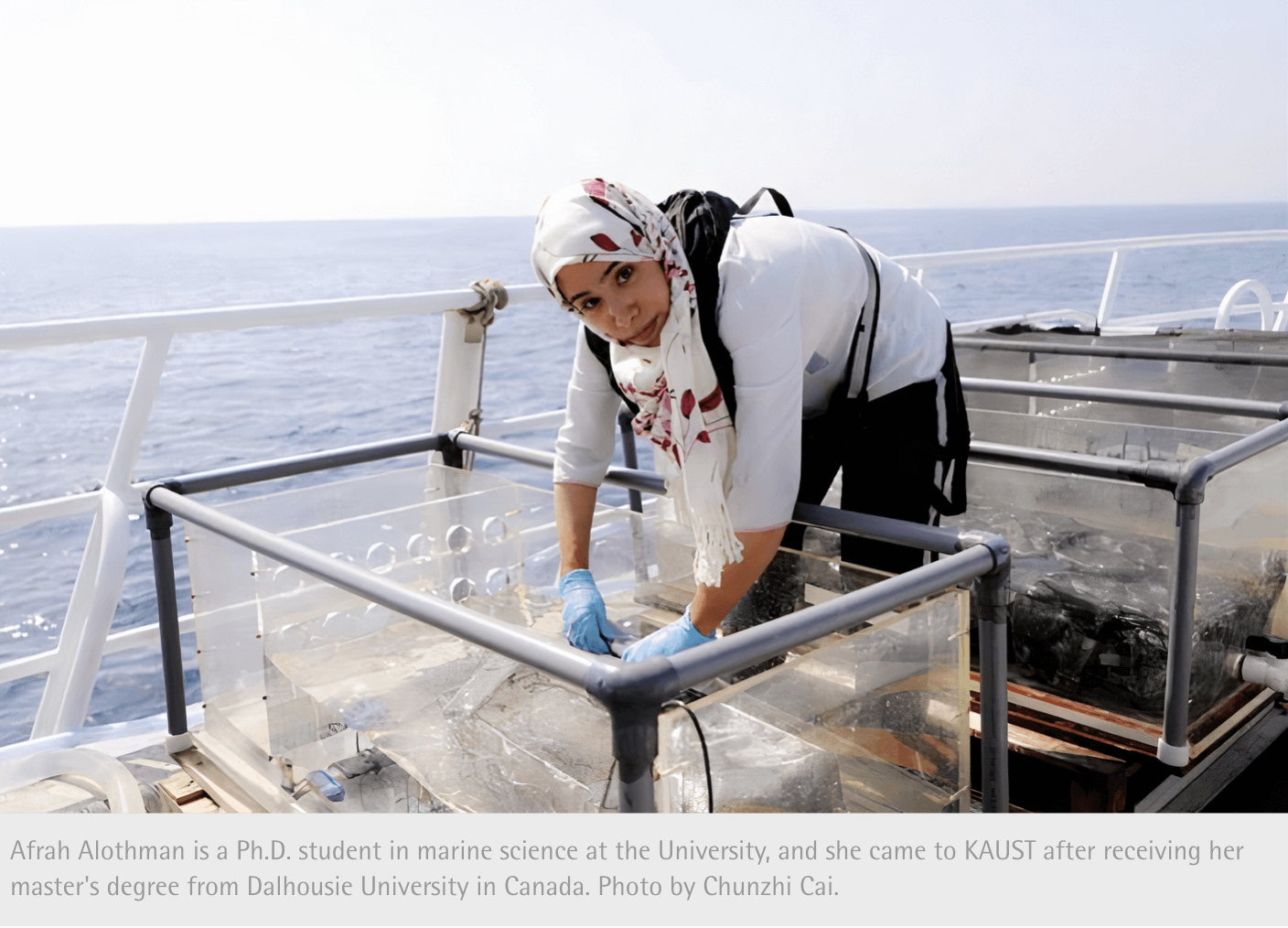 The project is cutting edge. Taking place aboard the OceanXplorer, the most advanced science and media vessel ever built, it aims to explore the unseen ocean, map uncharted areas of the world, observe rare deep-sea creatures and pursue scientific and medical breakthroughs.

Filmmaking giant and ocean explorer James Cameron has been involved in the consultation phase, with the ship designed by leading studio engineers from Hollywood. Alongside the cutting-edge media facilities are wet marine research labs, manned and autonomous deep-sea submersibles, helicopters and drones.

"I've worked on quite a few large research projects, but OceanX is like no other," Alothman said. "We are able to get so close to marine life, similar to what you see on the nature documentaries – it is amazing to be a part of this expedition. The scale is also exciting. The project, split into four phases spread over several months, will cover all sections of the Red Sea, from south to north." 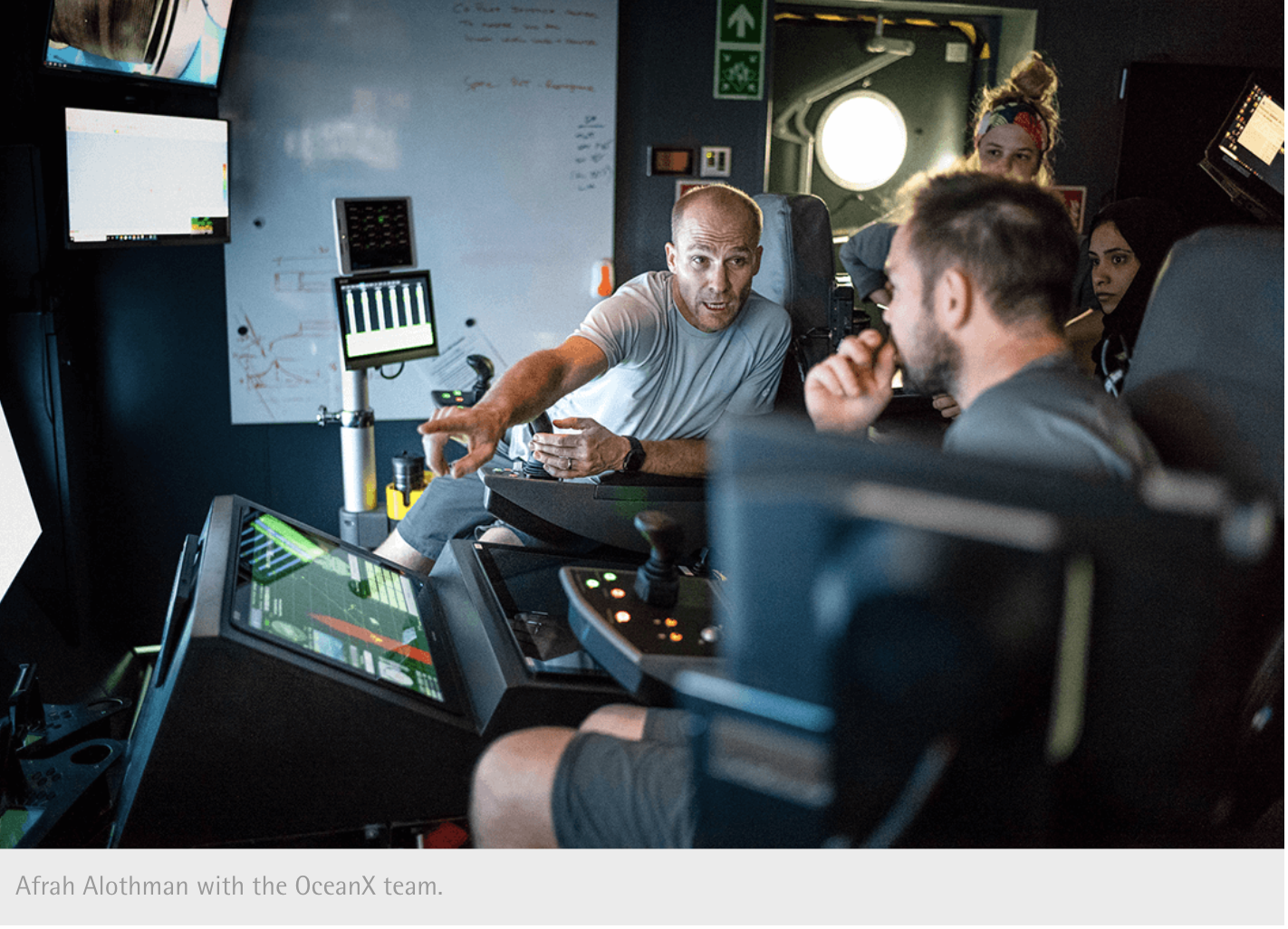 Alothman is about to embark on Phase 2 of the mission, which involves exploration in a submarine to ... — another exciting venture towards building her career in marine science.

The Ph.D. student began her university education with a biology degree at King Faisal University in Al Ahsa, Saudi Arabia. From there, she travelled to Canada to undertake a master's degree in biology at Dalhousie University in Halifax, a life-changing opportunity supported through the late King Abdullah's Custodian of the Two Holy Mosques External Scholarship Program.

"My time in Canada opened my eyes to the challenges of climate change, which were not discussed as much back in Saudi Arabia," Alothman added. "Living in Halifax, I was surrounded by the ocean and learned huge amounts about how important the seas are to addressing some of the most pressing environmental challenges we face. When I returned, I saw an opportunity at KAUST to study the Red Sea, something I had not done before."

Alothman is currently applying her experience and wealth of knowledge at KAUST's Red Sea Research Center, where she has already prepared her first scientific research paper for publication.

However, it has not been plain sailing since joining the KAUST team. Her pregnancies disrupted her preparations for OceanX, and some were skeptical about her ability to participate in the mission. In spite of these challenges, she pulled through thanks to an unbreakable determination to follow her goals.

As Alothman awaits the scope of research findings from the OceanX venture, she is equally determined to inspire other Arab women to pursue their own career paths, be it in biology or another field.

"It can be hard to move out of your comfort zone," she said, "but I hope to have the public platform one day to speak to people beyond the scientific community. OceanX is reaching people all over the world, and I am excited to already be sharing my experiences with students."

She said that, as Saudi Arabia works towards Vision 2030, environmental and sustainable issues as well as the economy will be influential to how the country develops, adding, "You never know, we might be able to help write a new chapter in our history with projects such as OceanX." 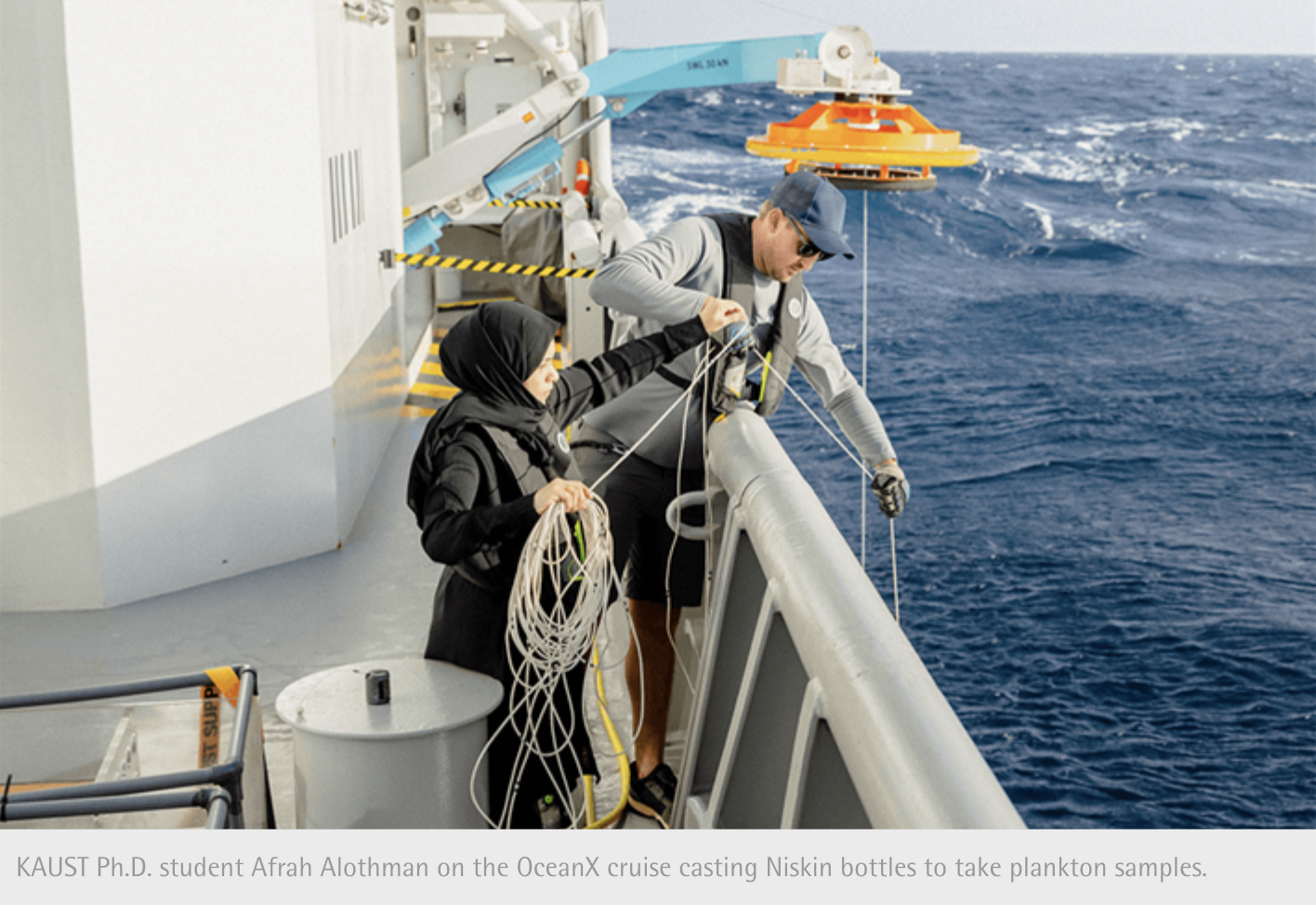